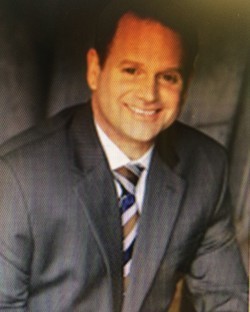 I have over 25 years criminal trial experience as both a prosecutor and defense atttorney with over 50 jury trials.

After graduating from Colgate University Edward Muccini attended St. John’s University School of Law. After graduating St. John’s in 1990, Edward started his career as a Prosecutor in the Brooklyn District Attorney’s Office from 1991 to 1997. Quickly distinguishing himself as a trial attorney, he was promoted to Senior Trial Attorney in the Felony Trial Bureau where he was assigned to prosecute the most serious felony cases in Brooklyn. Since crime was rampant during the early and mid-1990′s Edward obtained vast trial experience as a prosecutor.

In 2005, Edward struck out on his own to form Sacks and Muccini LLC. Edward J. Muccini is a zealous Criminal and Civil trial attorney with over 23 years of experience. Edward has tried over 60 trials in both State and Federal court.

Edward has appeared on numerous occasions on Fox News as a contributor and commentator adding his insight and analysis to high profile criminal cases in the New York City area.