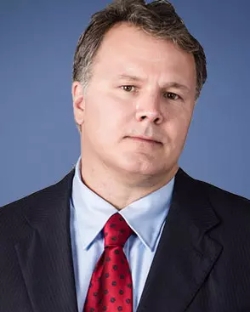 Daniel J. Hansen is one of the leading 9/11 attorneys representing first responders and survivors before the federal 9/11 Victim Compensation Fund. Managing our Manhattan office, he is a founding partner of Hansen & Rosasco, LLP. Dan has been selected and voted by his peers as a Metro New York “Super Lawyer” for 2019, 2018, 2017, and 2016 – an honor limited to the top 5% of all lawyers. Dan is also rated a perfect “10/10” by the national attorney rating service Avvo, in recognition of his success in fighting for his clients before the September 11th Victim Compensation Fund.

Dan’s unrelenting dedication to the 9/11 community has, so far, resulted in a quarter of a billion dollars in VCF payouts for Hansen & Rosasco’s 9/11 clients. Dan currently represents more than 3,500 clients who have claims with the 9/11 Victim Compensation Fund. Dan is also proud of his current work at Hansen & Rosasco, LLP representing over 2,000 plaintiffs (also 9/11 first responders and survivors) in the landmark federal case now actively being litigated in the Southern District of New York against the Kingdom of Saudi Arabia to hold that nation liable under the Justice Against Sponsors of Terrorism Act (JASTA) for its role in providing material support to the 9/11 terrorist hijackers.

Early on in his legal career, Dan took on and won some of the most difficult cases. He won record-setting verdicts from the very beginning, ranging from a $19.6 million jury verdict for a construction worker after a month-long civil rights trial to a payout of almost $10 million for a mother and her son in a birth injury case. These are only two of the many other multimillion-dollar successes for his clients. Dan has applied his decades of experience as a New York City trial lawyer, fighting in the trenches of the state and federal courts, to benefit his 9/11 clients – many of whom have been awarded multimillion-dollar awards from the 9/11 Victim Compensation Fund. This relentless drive is shared among every one of our 9/11 attorneys at Hansen & Rosasco, LLP.

Dan has appeared on Fox News, CBS, CNN, and the BBC to explain the available benefits under the World Trade Center Health Program and the 9/11 Victim Compensation Fund to help first responders, survivors, and their families, who are suffering from 9/11-related cancers and other illnesses. He has taught and lectured other lawyers, written articles for publications, and has become the “go to” 9/11 attorney when victims and their families seek representation in the Victim Compensation Fund.

Dan is proud to represent many of his fellow New Yorkers, including countless other New York City attorneys, Supreme Court Judges, as well as the 9/11 “survivors” – the thousands of New Yorkers who went back to live, work, and attend school in Lower Manhattan just days after they were falsely promised the air was safe to breathe and the water clean to drink. Dan also fiercely advocates for a great number of different types of 9/11 first responders.

How Long Does a 9/11 Victim Claim Process Take?
Who is Eligible for the 9/11 Victim Compensation Fund?
We Found similar lawyers practicing Personal Injury near New York New York GO 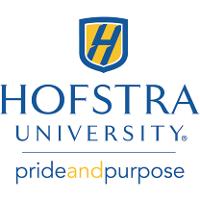