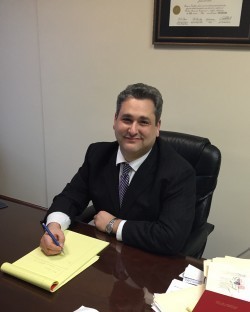 Criminal Defense and DUI / DWI Lawyer
The Botton Law Firm
Belmar, NJ
About Résumé Reviews Contact
Not Yet Reviewed Review this lawyer
Is this you? Showcase your career achievements and connect with ideal clients.
Premium Placement
Enhanced Features
Upgrade to Enhanced Profile

Michael Botton in the principal of The Botton Law Firm. He is an experienced and skilled traffic ticket attorney and litigator.

Mr. Botton has a track record of success and a reputation for aggressively fighting to get you the best results possible.

In his capacity as a traffic ticket attorney, he has helped countless people avoid the sting of points, license suspensions, auto insurance hikes, and saved them thousands of dollars in out of pocket expenses.

In his capacity as a litigator, he successfully secured a $250,000 settlement against the Borough of Seaside Heights in just two months.

He also successfully obtained a $3.2 million civil judgement in 2013.

Before starting the Botton Law Firm in 1999, Mr. Botton clerked for the Honorable Robert A. Longhi, an Assignment Court Judge in Superior Court.

Mr. Botton is a Seton Hall Law School graduate and is admitted to practice in all state and federal courts in both New Jersey and New York.

He also maintains a blog exclusively related to traffic violations in an effort to help people seeking information.