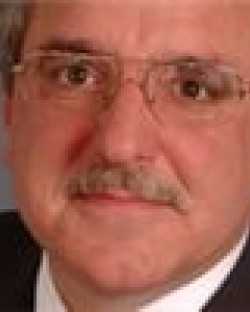 Admitted:1. 1977, New Jersey and U.S. District Court, District of New JerseyEducation:1. Rutgers University, J.D., 1977 2. Hobart College, B.A., 1974 Member:1. Morris County, New Jersey State and American Bar AssociationsRelated Practices:1. Eminent Domain2. Redevelopment Noted eminent domain attorney John Buonocore’s clients depend on his knowledgeable, blue-chip advocacy to shepherd them successfully through the eminent domain process and secure for them the highest compensation for the taking of their property. They appreciate his ability to provide a clear roadmap of how their case will be handled, to assemble a team of knowledgeable valuation experts appropriate to their case, and to effectively demonstrate the value of their property before a jury."The power to take private property from law-abiding citizens can be abused by government, whether through lowball offers of compensation or attempts to take property on behalf of politically connected developers. As an attorney, I take pride in standing up for the rights of property owners and in my ability to effectively fight City Hall when others believe it can’t be done. It can be done, and I do it every day." He has been ranked among top lawyers by New Jersey Monthly Magazine, New York Magazine and The Best Lawyers in America.Representative Cases:1. When the state took part of his client’s highway property and offered $186,000 as compensation, Mr. Buonocore was able to demonstrate that the impact was far worse than the state’s appraisers contended and won for his client a $1.45 million settlement. 2. Not all eminent domain fights are over money. When a group of property owners in Newark were confronted with the prospect that their properties would be taken by the city as "blighted" to benefit a politically-connected developer, Mr. Buonocore battled against the redevelopment designation of their property in the courts, and won. As a result, the owners remained in their property. Noteworthy:1. Mr. Buonocore holds the highest ranking, AV, from the Martindale Hubbell Law Directory. 2. Recognized by New Jersey Monthly Magazine for many years as a "New Jersey Super Lawyer" , and selected by that magazine as one of New Jersey's Top 100 Attorneys for 2011 3. Named "New York Area Top Lawyer" as published in New York Magazine. 4. Included in "The Best Lawyers in America," the oldest and most respected peer-review publication in the legal profession. Presentations and Publications:1. "The Law of Eminent Domain" (Co-Author, New Jersey Chapter) - Fifty State Survey, American Bar Association/First Chair Press, 1st Ed. (William G. Blake, Editor)(2012)2. "Diminished Just Compensation in Eminent Domain Cases", New Jersey Law Journal, Vol. CXCII, No. 16, Index 164, April 21, 2008 3. "The Politics of Eminent Domain" - American Institute of Certified Public Accountants, Phoenix, 2006 4. "Condemnation in the Redevelopment Context" - CLE International, Princeton, 2006 5. "Eminent Domain and Land Valuation" American Law Institute – American Bar Association, San Diego, January, 2006 6. "Redevelopment Law", American Institute of Certified Public Accountants, Las Vegas, 2005 7. "In Need of Redevelopment Designations - Mounting an Effective Defense" - CLE International, Princeton, 2005 8. "Novel Issues in Direct and Cross Examination of Witnesses" - American Law Institute – American Bar Association, Eminent Domain and Land Value Litigation, San Francisco, 2004 9. "Strategies for the Handling of the Eminent Domain Case" - New Jersey Institute for Continuing Legal Education, 2002 10. "Real Estate Value Litigation - Eminent Domain"- 62nd Annual Princeton Conference of the Appraisal Institute