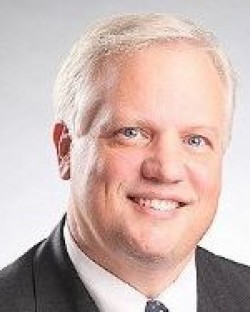 Brian K. Dinicola is an experienced patent and business attorney based in Princeton, New Jersey, and is a former patent examiner at the U.S. Patent and Trademark Office.

He helps entrepreneurs protect their inventions, brand names, works of authorship and trade secrets for maximum competitive advantage. Some of these clients come to him with nothing more than an idea for a new product or process (or for an improvement to an old one).

He also works with his clients to solve some of their most challenging intellectual property problems. Such problems can arise when a company:

chooses a corporate identity without first checking to see if another company is using the same name; loses or discharges an employee who goes on to start a competing business; wants to sell develop or launch a new product in a "crowded" field; receives a "cease and desist" letter threatening action for trademark infringement; and is offered a patent license by a company threatening to sue.

Drafted and prosecuted hundreds of patent applications involving passive and active photonic devices, optical and wireless communication systems, semiconductor devices and fabrication techniques, communications hardware and software, business methods, and electromechanical systems. Established procedures for handling trade secrets, copyrights, trademarks, reviewing invention submissions as candidates for patent protection for several Fortune 500 clients. Led effort to design around a patent portfolio relating to the use of erbium doped fiber amplifiers in optical communications network for a client. Developed and rolled out procurement and customer contract templates, and gave training to inhouse contract managers (front line negotiators with vendors and customers). For one Fortune 100 company, served as "process owner" for all requests by staff software developers to use open source software – reviewing proposed use for compliance with company prohibition against using modules and libraries having "viral" or "copyleft" effect on proprietary code.

Mr. Dinicola began his career in the intellectual property field as a patent examiner at the U.S. Patent and Trademark Office in 1990.

Before founding the Firm, he was Associate General Counsel for the GfK Group, a global market research company.

GfK’s activities cover the three business sectors of Audience Measurement and Analytics (radio, television, internet and mobile), Custom Research, and Retail and Technology. The GfK Group has a network of 115 companies operating in more than 100 countries.