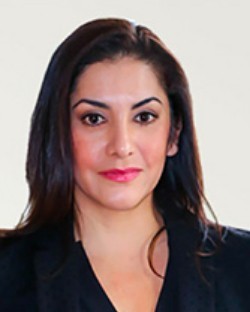 Since becoming an attorney, Arykah Trabosh has represented both individuals and companies in general commercial and civil lawsuits, including employment disputes, contract disputes, civil rights violations and personal injury. Ms. Trabosh has now dedicated her practice to representing employees in all aspect of employment-related disputes and litigation.

Since 2011, Ms. Trabosh has concentrated on representing employees in employment-related litigation. Based in Cherry Hill, New Jersey, she provides assistance to prospective, current, and former employees throughout New Jersey. Ms. Trabosh is a fierce advocate of employee rights and devotes her expertise and skill to achieving exceptional results for her clients.

Ms. Trabosh represents people who have been unlawfully discriminated against in the workplace or during the hiring process. She has litigated or negotiated settlements on matters involving both state and federal statutes, including, Title VII of the Civil Rights Act of 1964, the New Jersey Law Against Discrimination, the Americans with Disabilities Act, the Age Discrimination in Employment Act, the Conscientious Employee Protection Act, and the Pregnancy Discrimination Act.

Ms. Trabosh also represents clients who have been wrongfully terminated or otherwise retaliated against. In addition, she has reviewed and prepared employment, non-compete, and confidentiality agreements, and she provides legal advice and counsel to victims of workplace sexual harassment and sexual violence.

Ms. Trabosh is dedicated to fighting employers who believe that they are above the law. Your job is a critical part of who you are and is crucial to your ability to provide for yourself and your family. For many, it is a great source of pride, fulfillment, and purpose. When someone tries to get between you and your livelihood, you need experienced and aggressive representation by a New Jersey employment attorney.

Ms. Trabosh's successful track record and high degree of ethics have not gone unnoticed by her colleagues, as evidenced by her receipt of a 10.0 "Superb" peer review rating through Avvo and her designations as "Top Attorney" by SJ Magazine, "New Jersey Rising Star" by Super Lawyers Magazine, and "Awesome Attorney" by South Jersey Magazine.

Ms. Trabosh has lived in New Jersey since 2005 and has developed a deep affection for the state and its residents. She resides in Haddon Heights with her husband, N. Ryan Trabosh, who is a full time Municipal Court Judge, their two daughters, and two dogs.

Being a mother to two young daughters has strengthened Ms. Trabosh’s resolve and determination to bring awareness to the struggles women face in the workplace, including the battle to have a work environment free from sexual violence and harassment. Ms. Trabosh wants to empower women to demand respect and equality not just in the workplace but in all aspects of day-to-day life. She wants women to question the status quo, embrace rebellion, and not let anyone prevent them from reaching their true potential.