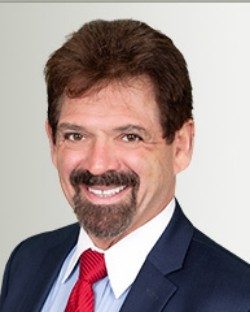 Mace Yampolsky, the senior partner of  Yampolsky & Margolis Attorneys at Law has been providing legal services to those in need in the Las Vegas Area since 1986. We have tried virtually every type of serious criminal matter, having completed over 200 jury trials, which include numerous murder defense cases. We are criminal defense attorneys. We do DUIs and Domestic violence cases on a regular basis. We believe that each case, no matter how big or how small needs to be handled properly. Sometimes good people do stupid things. We have helped people in Henderson, North Las Vegas, Spring Valley, Summerlin, and all through Southern Nevada, winning several acquittals.

Some of our many successes include: obtaining three murder acquittals; a dismissal of a capital murder case on a procedural issue; an acquittal in the nationally recognized "Computer Gang" case; and successfully arguing before the United States Supreme Court in Nevada v. Riggins (1992), a death penalty case.  In that case, Riggins' conviction was reversed and remanded for a new trial. Mr. Yampolsky literally saved the life of his client, David Riggins.

We have many clients with drug cases at both the State and Federal levels, including but not limited to: possession, sales, trafficking, and complex drug conspiracy cases.  We also have handled cases involving the date rape drug GHB and have had some success in these areas. We have extensive experience defending growers and were able to suppress 66 lbs of Marijuana in a federal case-resulting in a dismissal where our client was facing 10 years in prison.

We have also helped many people suffering from a wide variety of mental health issues including those afflicted with Schizophrenia, Bipolar Disorder, and Borderline Personality Disorder. Mr. Yampolsky has also authored a chapter on forced  medication in the ABA’S book “Representing People with Mental Disabilities: A Practical Guide for Criminal Defense Lawyers," Elizabeth Kelley, ed., published by the ABA in 2018.

We also do both State and Federal cases including  but not limited to: white collar crime, all kinds of fraud to include mail fraud, wire fraud, money laundering, Medicaid fraud, and Welfare fraud. We also handle RICO cases, theft cases, embezzlement matters, and many complex federal cases involving multiple defendants. We have helped many veterans suffering from PTSD and other military service related ailment often resolving them as no worse than misdemeanors, often getting the cases dismissed outright, in Clark County’s Veterans Treatment Court.

We have represented many doctors and lawyers and other professionals over the years in criminal cases and in front of the medical board and the dental board. Mr. Yampolsky was retained by a doctor that was charged with murder for allegedly preserving medication that led to an overdose. After exhaustive research and obtaining many expert reports that were submitted to the District Attorney’s office, we were able to convince the coroner’s office to change its opinion regarding the cause of death and get the case dismissed with prejudice. We have helped many professionals with all types of legal problems.

We also defend people involved in sex crimes, crimes against children, including sexual assault, lewdness with a minor, statutory rape and statutory sexual seduction, not to mention, pandering and sex trafficking cases. We won a 14 count sexual assault on a minor case and the jury acquitted our client in less than 45 minutes.

Mr. Yampolsky is AV rated by Martindale Hubbell, the highest rating available to any attorney.  This rating is obtained by an independent rating of lawyers and judges who are familiar with his representation of clients’.  Less than 7% of all law firms in the United States are accorded this honor.  Mr. Yampolsky is also a former President of the Nevada Attorneys for Criminal Justice.

We are  pleased to announce the addition of Jason R. Margolis, Esq. as a name partner of the firm, which has changed its name to Yampolsky & Margolis. "The firm's name change recognizes Jason's significant contributions to the firm and the outstanding results he has achieved for our clients," said Yampolsky & Margolis founding partner and namesake Mace J. Yampolsky. "Jason is a talented attorney whose skilled writing, zealous advocacy and enthusiasm for criminal law brings a unique perspective to complex legal issues."

Jason is both tireless and tenacious-he will go to the mat for his clients and in this he and Mace are kindred spirits. 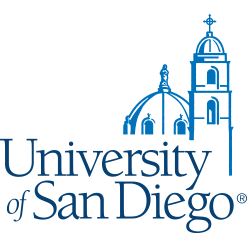 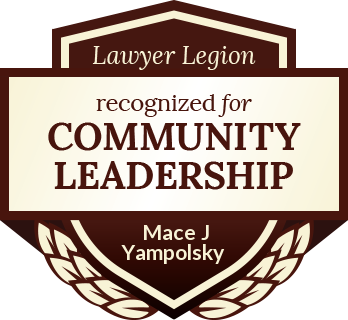 I was referred to Mace Yampolsky from a contact in Dallas, Texas after finding myself in jail after an unfortunate incident turned physical in Las Vegas. The day I hired Mace, he immediately went to work gathering the true facts of the case and he reassured me that he would be by my side until the issue was resolved and that I had nothing to worry about. I was skeptical of his confidence at first but it didn't take long to know and understand that he had matters under control. As a 51 year-old professional that has never been arrested, I am so glad that I received the referral to Mace from my contact in Dallas, Texas. Mace was able to make quick contact with the city prosecutor's office and within a week, the charges were denied and the court case was closed. I know every case stands on it's own merit, but rest assured, Mace and his team were super responsive, empathetic to me and my situation, and wasted no time getting the results I had hoped for.

FANTASTIC LAWYER, MUST HAVE ON YOUR SIDE!!!

FANTASTIC LAWYER, MUST HAVE ON YOUR SIDE!!!

Mace and his team were FANTASTIC to work with. From his prompt responsiveness, to the empathy his displayed to myself, as well as the circumstances of my case. With the help of a professional, such as Mace and staff, you too will have the result you are ENTITLED TO - NOT GUILTY/DISMISSED. THANK YOU MACE & TEAM @ YAMPOLSKY & MARGOLIS!
Read More Reviews