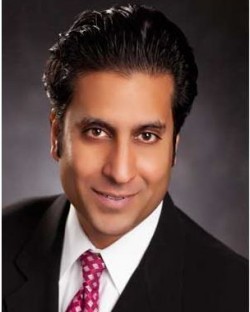 Personal Injury? Wrongful Death? Federal Litigation? Receive maximum compensation by hiring former federal prosecutor Paul Padda. With over a decade of courtroom experience and by persuasively communicating with juries his firm helped to secure one of the largest personal injury verdicts ($160M) in Nevada state history.

Following graduation from the University of Illinois College of Law, Paul Padda began his career in 1994 with the United States Department of Justice in Washington, D.C. litigating complex civil cases in both federal trial and appellate courts. He later was selected to serve as an Assistant United States Attorney in the District of Columbia (Washington, D.C.) where he handled a wide array of civil matters in federal court on behalf of the United States of America. In 2004, Mr. Padda moved to Las Vegas to serve as an Assistant United States Attorney where he litigated both civil and criminal cases. Following 16 years of significant legal experience involving high stakes litigation, Mr. Padda decided to form a law firm that would assist individuals and businesses in vindicating their legal rights.

Paul Padda’s father, a Cornell University genetics graduate, and his mother, holding a master’s degree in early childhood education, instilled in Paul the importance of working hard and treating people with respect. Born in Ithaca New York and raised in the multicultural environment of St. Croix, U.S. Virgin Islands, and having a diversity of friends fostered an appreciation in Mr. Padda that all people, regardless of their background, are basically the same and share the common desire to be treated with dignity. Recognition of these important principles has guided Mr. Padda’s legal career both as a civil litigator and as a former federal prosecutor.

Believing that every person has an obligation to give back to society and make a difference in one’s community, Mr. Padda also dedicates time and considerable resources to towards various community organizations.