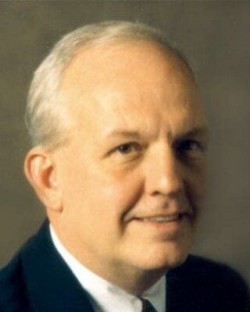 Tim Belz has been in private practice in St. Louis, Missouri since 1982. He has handled dozens of cases concentrating on the civil liberties of individuals and organizations, particularly first amendment rights of free speech, religious freedom and association, and parental rights. He has also handled numerous business litigation matters. He has practiced in many state and federal courts, including the United States Supreme Court.

Mr. Belz is a 1976 graduate, with high honors, of the University of Iowa Law School, where he graduated Order of the Coif, an honor open to those in the top ten percent of their class. He was a 1972 graduate of Covenant College, where he was the Editor in Chief of its award-winning student newspaper.

Prior to private practice, Mr. Belz was a prosecutor in the Antitrust Division of the United States Department of Justice, where he earned the Attorney General’s Special Achievement Award.

Jamison v. Missouri Dept. of Soc. Serv., 218 S.W.3d 399 (Mo. banc 2007). Lead counsel on appeal in case in which he successfully argued before the Missouri Supreme Court that teachers and child-care workers should not be blacklisted by the state prior to a meaningful due process hearing, thus striking down substantial portions of Missouri law as unconstitutional.