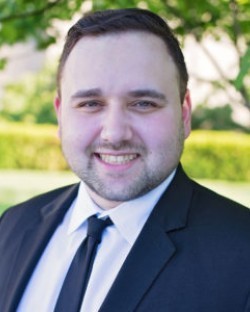 Jason Kotlyarov has lived in the Kansas City area for the majority of his life and obtained all three of his degrees right here at the University of Missouri-Kansas City because he just couldn't stand the thought of moving away. As such, he is a huge Royals and Chiefs, as well as an involved member with several charitable organizations and projects throughout the Kansas City community. His philosophy is that Kansas City has given him everything and that he can never give enough back.

He received his Bachelor of Science in Accounting from the UMKC Bloch School of Business in 2010, and proceeded to attend UMKC's School of Law where he graduated with his J.D. a semester early and attained his LL.M. (law masters) in taxation. While attending law school, Jason Kotlyarov participated in many tax and business activities, including the Kansas City Tax Clinic and the ABA Law Student Tax Challenge. Jason Kotlyarov is admitted to practice law in the state of Missouri, before the United States District Court for the Western District of Missouri, and before the United States District Court for the District of Kansas as well as the United States Tax Court.