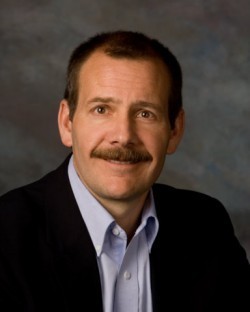 Steve Bradt has been representing accident and injury victims across northern Minnesota since 1983. A native of the Iron Range, he grew up in Eveleth and attended the University of Minnesota-Duluth and the University of Minnesota Law School. Steve has successfully handled over 1,000 workers' compensation, personal injury, wrongful death and social security disability claims over the past 29 years.

CLAIMS AGAINST ALL EMPLOYERS - BIG OR SMALL Steve has been successful in claims against all of the big insurance companies and is not afraid to take on any employer, no matter the size, when his clients' rights are at stake. He has handled claims against the big box retailers, mining and construction companies, cities, counties and the State of Minnesota, as well as many others, large and small. As a result, he enjoys the confidence of referrals from former clients, health care providers and vocational rehabilitation consultants. In addition to his representation of injury victims, Steve has taught courses and lectured on litigation, trial practice and workers' compensation at Itasca Community College. He has served as board president for non-profit corporations such as the Itasca County YMCA, United Way and Room for Employment. Before relocating his practice to Grand Rapids, Steve was a founding partner with the Duluth law firm of Cuzzo, Bradt & Envall from 1999 until 2006.