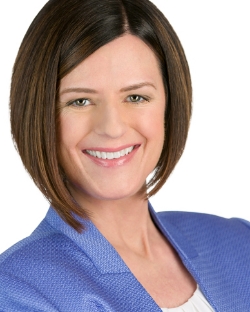 Personal Injury Lawyer
SiebenCarey
Minneapolis, MN
About Résumé Reviews Contact
Not Yet Reviewed Review this lawyer
Is this you? Showcase your career achievements and connect with ideal clients.
Premium Placement
Enhanced Features
Upgrade to Enhanced Profile

Shannon Carey has a passion for the law that runs in the family; she's a fourth generation attorney.  Prior to becoming a trial lawyer, Shannon worked in human resources for 10 years.  She worked in several industries, including a large health care system and a nationally prominent insurance company.  These experiences gave her a thorough understanding of the inner workings of large businesses, providing Shannon a unique perspective when representing her clients. During her legal career, Shannon and her team have successfully represented individuals and families in complex litigations, including, but not limited to, medical malpractice, wrongful death, dram shop and catastrophic injury claims. Her practice focuses on representing those who’ve been harmed by medical providers, daycare providers, auto or motorcycle accidents, or negligent home/business owners. Shannon has been recognized by her peers during her legal career. In 2011, Shannon received Minnesota Lawyer's "Up and Coming Attorneys" award. This award is reserved for attorneys who have distinguished themselves during their first 10 years of practice. Shannon was one of 25 honorees chosen. Most recently, Shannon was selected a 2019 Minnesota Super Lawyer honoree. Super Lawyer honorees are selected from an annual survey and the distinction is bestowed on less than 5% of Minnesota's practicing attorneys. Since 2012, Shannon was designated as "The Top Women Attorneys in Minnesota" from the women who were selected to the Minnesota Super Lawyers and Rising Stars lists. From 2012-2016, Shannon was named a Rising Star in a survey by Super Lawyers Magazine. The publication asks Minnesota's top lawyers to identify an elite group of emerging lawyers, either under the age of 40 or in practice less than 10 years, who have demonstrated the highest standards of excellence.