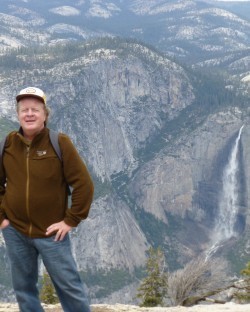 Personal Injury Lawyer
Clark and Steinhorn, LLC
Laurel, MD
About Résumé Reviews Contact
Not Yet Reviewed Review this lawyer
Is this you? Showcase your career achievements and connect with ideal clients.
Premium Placement
Enhanced Features
Upgrade to Enhanced Profile

Robert Clark has been an actively practicing trial lawyer in the state and federal courts of Maryland since May of 1981 and in the District of Columbia since 1985. Mr. Clark has litigated innumerable personal injury cases in Maryland and the District of Columbia including cases involving major car and truck crashes, medical and legal negligence cases and a host of other species of personal injury cases.

Bob is the longtime chairman of the Prince Georges County Bar Association Tort Law Committee and in that capacity has educated generations of area lawyers and judges, in best trial and pre-trial practices in personal injury and professional malpractice cases.

Mr. Clark and his college roommate and law partner, Allan W. Steinhorn, have vigorously pursued the cases of thousands of Prince George's County residents from their office in Laurel, Maryland.

The law practice of Clark and Steinhorn, LLC, has litigated cases throughout the State of Maryland in each of its 23 counties and in Baltimore City, as well as in the two Federal Courts of Maryland and the Fourth Circuit Court of Appeals.

Clark and Steinhorn, LLC also has litigated numerous matters in the local and federal courts of the District of Columbia.

What has made Robert Clark's practice unique through the years is his focus on limiting the number of cases upon which he is willing to focus, thereby enabling him to devote far greater attention to the needs of the client and requirements of each individual litigation.

At a time when many personal injury attorneys take on literally hundreds of cases at a time, Mr. Clark and the Law Firm of Clark and Steinhorn, LLC, restrict their caseload to no more than several dozen cases.

Victims of significant personal injuries in the Distrcit of Columbia and Maryland, would be well served to contact Mr. Clark and his law firm, Clark and Steinhorn, LLC at (301) 317-1001 or on the web at Maryland-Law.com.