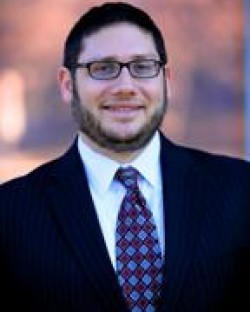 Employment Lawyer
The Law Office of Morris E. Fischer, LLC
Silver Spring, MD
About Résumé Reviews Contact
Not Yet Reviewed Review this lawyer
Is this you? Showcase your career achievements and connect with ideal clients.
Premium Placement
Enhanced Features
Upgrade to Enhanced Profile

Morris E. Fischer, Esq., concentrates his practice in employment law. Admitted to the bar for over sixteen years, Mr. Fischer possesses a wealth of unique and diversified experience. Early in his legal training, Mr. Fischer had the opportunity to clerk for New York State Supreme Court Justice Kenneth D. Molloy, where he obtained a bird's eye view of the legal system which has enriched his practice to this very day. Following that experience, he litigated hundreds of civil cases during his five years of New York practice, culminating in working for the President of the New York State Trial Lawyers' Association. Possessing both a legal degree from the Jacob D. Fuchsberg School of Law in Long Island, New York and an accounting degree from Yeshiva University, Sy Syms School of Business, Mr. Fischer has used his education to focus on the client's true needs while providing tough, aggressive and vigorous representation.

Mr. Fischer has tried cases in New York, Washington, DC, Maryland, Texas, and Mississippi, where he and local counsel obtained a successful $870,000.00 federal jury verdict. Recently, he won a $250,000 jury verdict, plus attorney fees and interest, against the Secret Service (Department of Homeland Security) for a federal employee; a case that had been previously litigated for 19 years. Morris Fischer then litigated a high profile case against the Department of Homeland Security, Hayes v. Nepolitano, followed by the national media, resulting in the resignation of the Immigration and Customs Enforcement, Chief of Staff and a $175,000 settlement.

Actively involved in the legal community, in March, 2012, Mr. Fischer testified before the Maryland House of Delegates, House Ways and Means Committee on the Maryland Civil Rights Tax Relief Act (CRTRA), with the aim to prevent the taxation of non-economic damages in the employment law settlements and awards. He also serves on the case evaluation committee for the Metropolitan Washington Employment Lawyers Association (MWELA), the local chapter of National Employment Lawyers Association (NELA), where he evaluates cases and offers advice to lawyers throughout Maryland on employment law issues.

Mr. Fischer is actively involved in the Dystonia Medical Research Foundation, Mid-Atlantic Regional Conference, where he has spoken both in 2010 and 2012 on Dystonia and the ADA. He has also published a book, Secrets to Your Top Recovery, a guide enabling clients to maximize the attorney-client relationship to give the case the best chance of winning.

Passion, concern for the client and battling Goliaths are the kinds of qualities that Mr. Fischer utilizes on a daily basis to fight and achieve justice for his clients. Tough, aggressive and vigorous litigation are the techniques he lives by to achieve results in a timely fashion.