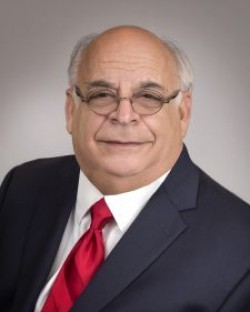 Real Estate Law and Estate and Probate Lawyer
Freilich Law
Towson, MD
About Résumé Reviews Contact
Not Yet Reviewed Review this lawyer
Is this you? Showcase your career achievements and connect with ideal clients.
Premium Placement
Enhanced Features
Upgrade to Enhanced Profile

Michael is equally comfortable trying a civil case before a jury, negotiating a complex business transaction, or drafting documents. After earning a bachelor’s degree in philosophy from Columbia University, Michael was a Melton Research Fellow while pursuing his PhD in philosophy at Ohio State University. In 1973, he earned a Juris Doctor from Case Western Reserve University and has been admitted to practice in Maryland. He has taught philosophy at Ohio State University and at John Carroll University. He is admitted to practice before several federal courts, including the Supreme Court of the United States, the Court of Appeals of Maryland, and all lesser courts in Maryland. Michael’s initial experience was in Cleveland with a boutique law firm involved with real estate transactions and a real estate litigation practice. In the mid-70s, he moved to Maryland to practice with the real estate group and one of the large Baltimore law firms. In 1975 Michael began his own practice in Baltimore County. In the intervening years he has developed a reputation as a seasoned transactional lawyer and trial lawyer with considerable experience in estate planning.