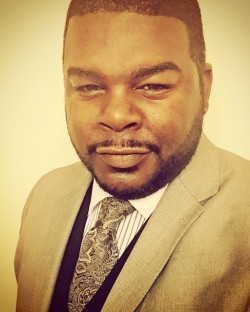 Family Law and Personal Injury Lawyer
The Law Office of Dondi West
Columbia, MD
About Résumé Reviews Contact
Not Yet Reviewed Review this lawyer
Is this you? Showcase your career achievements and connect with ideal clients.
Premium Placement
Enhanced Features
Upgrade to Enhanced Profile

The Law Office of Dondi West was founded on December 16, 2010 by Attorney Dondi West, a former U.S. Navy Information Warfare Officer and government consultant. In 2012, Mr. West was named a "Very Important Professional" (VIP) by the Maryland Daily Record. Recently, he was named to the Rising Stars List by Maryland Superlawyers.

Because of his dedication to hard work and community involvement, Dondi was named one of Maryland’s 40 Very Important Professionals (VIPs) Under 40 by the Maryland Daily Record, and was honored as a Distinguished Historically Black College and University (HBCU) Alumni by Black Engineer & Information Technology Magazine. Most recently, Dondi was the only attorney named to the 2014 Rising Stars List by Maryland Super Lawyers in the area of Technology Transactions. Mr. West is a member of the Board of Directors for INNterim Housing Corporation, which is a nonprofit organization that provides shelter, support, and job training to homeless mothers.

Dondi earned his Juris Doctor at The University of Maryland School of Law, where he was an editor on the Maryland Law Review. In addition, he received a M.Sc. degree in Applied Information Technology from Towson University, and a B.S. in Mathematics from Alabama A&M University. Mr. West holds a Security+ certification. Mr. West is an Affiliate Professor at Loyola University Maryland, where he teaches a course titled Legal, Ethical, and Global Perspectives of Cybersecurity.