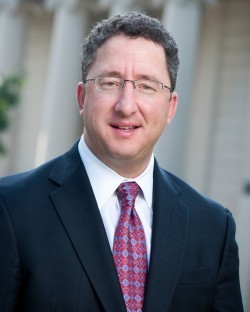 Recognized for his ability to respond to the needs of both demanding clients and cases involving complex litigation, Brian K. Pearlstein has successfully handled an array of cases related to complicated assets, valuation of businesses and professional practices, real estate holdings, stocks, property disputes, as well as the difficult issues associated with alimony, child support, custody, and modification of the same. Mr. Pearlstein also has an extensive knowledge of pre-nuptial and post-nuptial agreements, separation agreements, mediation, and domestic violence. He is equally experienced in settlements, endeavoring to resolve each case in the manner that best serves his clients.

Mr. Pearlstein has been recognized by a variety of publications and organizations for exceptional performance as a family law attorney. Martindale-Hubbell awarded him AV status for distinction in the practice of law, their highest rating. He was also named to Washingtonian Magazine's list of top divorce attorneys for 2012 and has also been awarded Maryland Superlawyer status from 2010 to 2013. In 2011 he was named by Washingtonian Magazine as one of Washington's Best Legal Minds.

Born in Pittsburgh, Pennsylvania, Mr. Pearlstein received his Bachelor of Arts degree from the University of Michigan in 1988, and his Doctorate degree from American University's Washington College of Law in 1991. He joined the firm in 1995, bringing a wealth of experiences from prior practice with a Washington, D.C. law firm in areas of domestic relations, civil, commercial, and criminal litigation. He was named a Partner in 2001 and became the managing partner of the firm in 2007.