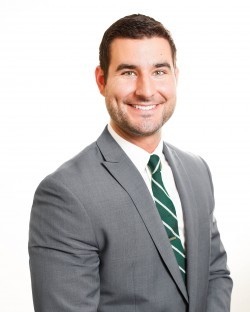 Criminal Defense and Family Lawyer
Sudduth and Associates, LLC
Lake Charles, LA
About Résumé Reviews Contact
Not Yet Reviewed Review this lawyer
Is this you? Showcase your career achievements and connect with ideal clients.
Premium Placement
Enhanced Features
Upgrade to Enhanced Profile

In his first year of practice, Scott was selected for the 2016 "Top 10 under 40" award by the National Academy of Family Law Attorneys.

Scott graduated cum laude from the Paul M. Hebert LSU Law center in 2015. During law school, Scott prepared for a career in litigation by staying very involved in trial advocacy. He won LSU Law’s Ira S. Flory Trial Advocacy competition in 2014 and was awarded top oralist in the final round. He also traveled to Tampa, Florida for the National Pre-Trial Competition, as well as to Dallas, Texas for the ABA’s Labor and Employment Trial Advocacy competition. During his 6 semesters at LSU Law, Scott was a Chancellor’s scholar (top 25%) four semesters, and a Paul M. Hebert Scholar (top 10%) twice. He was awarded the CALI award for the highest grade in Income Taxation and Bioethics Seminar. He was also a member of the LSU Law Trial Advocacy Board, the Student Bar Association, and a columnist for the Civilian.

Before joining in the formation of Sudduth and Associates, Ogden worked for the Honorable John deGravelles in the United States District Court. His experience also includes working for the law firms of Keogh, Cox and Wilson; deGravelles, Palmintier, Halthaus and Fruge; and for the Orleans Parish Public Defenders office, where he contributed over 400 pro bono hours.

After law school, Scott left behind his hometown of Baton Rouge and relocated to Lake Charles to work alongside James Sudduth in the formation of Sudduth and Associates. Ogden and Sudduth discovered early on that they have uniquely paralleled aspirations, values, and ethic - including the desire start and grow their own private practice from the ground up, and to balance justice and success with integrity and passion while doing so. Sudduth and Associates is the product of those shared aspirations.

Scott is licensed to practice law in Louisiana, and focuses primarily on family law, successions, estate planning, and criminal law.