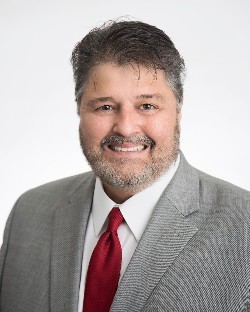 Jason Olivier became an attorney in 1990, and was born in New Orleans, Louisiana. He graduated from Nicholls State University with a degree in Electrical Engineering Technology.

After a career in radio and television, he attended Loyola School of Law in New Orleans. Upon graduating and passing the Louisiana bar, he opened a private practice focusing on corporate, collection and consumer rights.

He became a partner in the firm of Naccari, Deas and Pugh. His personal clients at the time included a prominent sports franchise owning family, and most of the major hospitals and clinics in the metropolitan New Orleans area. He has taught in the areas of health care privacy law, collection and risk management.

He is a vocal advocate for fathers' rights. Jason practices in the areas of Business, Collection, Contract, Creditor/Debtor rights, Bankruptcy, Personal Injury, Criminal defense and other areas of general practice.

He received knighthoods from both the Roman Catholic church and the Imperial Family of Vietnam for world-wide charity work. He is active in his church, its music ministry and enjoys working for the sick and elderly.

He has a Martindale Hubbell Lawyers.com AV rating for 15 years (highest possible rating), and an AVVO rating of Excellent.