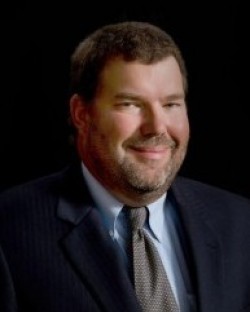 Todd is a trial lawyer handling oil and gas and commercial and business disputes, substantial personal injury matters, and appeals in state and federal courts.

Todd received his undergraduate and law degrees at Louisiana State University Law Center, where he was a member of the Louisiana Law Review and the Order of the Coif, an honorary society of the top ten percent of each graduating class. After graduating, he was law clerk to the Chief Justice of the Louisiana Supreme Court.

Substantial jury trial experience, including jury trials in the United States district courts in Louisiana, Texas, and Tennessee, in numerous Louisiana state courts, and in Arkansas Has successfully prosecuted and argued appeals in the United States Court of Appeals for the Fifth Circuit, the Louisiana Supreme Court, and the Louisiana appellate courts Extensive federal court litigation in diverse areas Substantial litigation of oil and gas and commercial and business disputes Litigation of substantial personal injury cases Litigation of oil and gas matters such as cases involving the continued existence of mineral servitudes, the existence of mineral leases, and disputes over ownership of lease bonuses Listed in Best Lawyers in America in the area of Immigration Law

Paul M. Hebert Law Center Hall of Fame Listed in Best Lawyers in America, 2010 through 2013 Listed in SB Magazine as one of Shreveport-Bossier's best lawyers