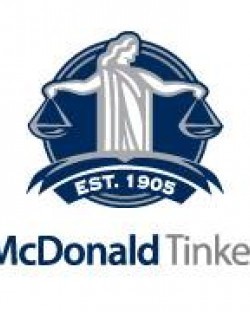 Mr. Cook is licensed to practice in the courts of the State of Kansas and the United Stated District Court for the District of Kansas. He is a member of the Kansas Bar Association and the Wichita Bar Association. His interests outside of the law include spending time with his family and friends, going to local sporting events, and spending time hunting and fishing in the great outdoors.