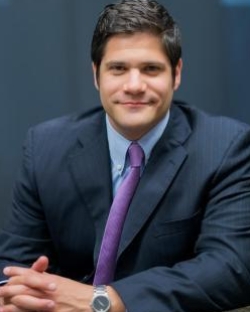 Choosing a lawyer is a big deal. Your liberty is in our hands. Whether you have been caught in a bad circumstance or made a series of bad decisions, I have seen it before and you don’t have to face it alone. I will put my experience of representing thousands of people in state and federal criminal court to work for you and I intend to get you the best possible result.

When I worked at the Federal Public Defender’s Office while in law school at the University of Iowa, I had the realization that no matter the crime, everyone deserves a skilled, intelligent advocate working tirelessly to give them their best defense. If I were charged with a crime I would expect that, so why shouldn’t you? I believe that every person deserves the best possible defense. You are probably nervous, worried, scared and likely angry. That is natural. You want someone to deal with the problem and help you get the best outcome. That’s where I come in.

After my summers in the Federal Defender Office in San Francisco and the Federal Defender Office in Des Moines, I became an Assistant Public Defender in Tampa, FL. For the last several years I have been in private practice. I’ve represented thousands of clients facing charges ranging from simple assault to complex federal drug conspiracies to sexual assault, burglary, robbery and beyond. I’ve taken many of those clients to jury and bench trials. I have also argued some of their cases before the Iowa Supreme Court and Iowa Court of Appeals. It is likely that I have handled a case not unlike yours.