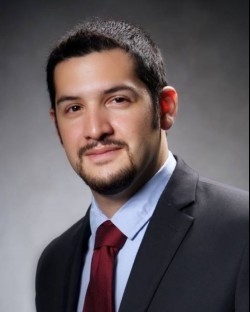 The Trump administration has produced several new barriers to limit how many people obtain H-1B visas. H-1B visas allow for international students and high skilled foreign nationals to work in the United States as long as they are sponsored by their work. The Trump administration is looking to both increase the cost of applying for an H-1B as well as changing definitions to limit what type of employee-employer relationships qualify and what types of employees are even eligible.

One of Trump’s first acts to curb immigration was through the “Buy American and Hire American” executive order. The executive order’s stated purpose was to create higher wages and employment rates for U.S. workers by enforcing immigration laws. One of the primary methods of achieving this objective is by cutting down on issuing H-1B visas and continuing H-1B visas. Through the first quarter of 2019, denials of continuing H-1B visas are at an all time high. The denial rate is now at 32 percent, more than double the denial rate in 2017 of 13 percent.

Some things are happening behind the scenes to spur this increase in denials. One of the most common reasons for denials now is denying based on the applicant’s job not being a “specialty occupation.” The term specialty occupation means an occupation that “requires theoretical and practical application of a body of highly specialized knowledge, and attainment of a bachelor’s or higher degree in the specific specialty.”

To make things more unclear and to increase the individual discretion of United States Citizenship and Immigration (USCIS) agents, the Trump administration has rescinded policies that defined what occupations would qualify for H-1B visas. USCIS has also rescinded a policy that gave deference to previous adjudications of eligibility status. Previously if a visa holder had already been adjudicated to be eligible for an extension of stay petition, that adjudication would carry over when reapplying. With that policy now rescinded, petitioners will now have to have their eligibility re-determined when applying for extensions and now the documentation required is much more extensive.

This also becomes a problem if the H-1B holder is changing jobs. An H-1B holder could potentially change jobs and then be denied status for three to ten years for not being in a specialty occupation even though they previously had been determined to be in a specialty occupation. In fact, more than half of all H-1B filings are being held up by RFEs, or requests for further evidence. Those requests are then being subsequently denied at a higher rate than in years past.

USCIS is also working on a way to rescind the International Entrepreneur Rule. This rule allows for foreign investors to build a startup company stateside for several years. Originally introduced by the Obama administration, the International Entrepreneur Rule is thought of as a way to circumvent the need for congress to create a visa specifically designed for startups.

To further exacerbate the H-1B process, USCIS is looking to re-define the employer-employee relationship definition to cut out staffing companies and recruiting companies from being able to sponsor employees for an H-1B.

Finally, the Trump administration is looking to increase the filing fees for H-1Bs and USCIS has also indicated to the Senate Judiciary Committee a letter stating an intent to stop the spouses of H-1B visas from applying for work permits.

These measures are all methods of chipping away and making obtaining and keeping an H-1B visa much more difficult. Already, the effects are already being felt by petitioners as the number of denials steadily increases. The Trump administration is probably not done making visa applicant’s lives harder than ever. If you are looking to immigrate into the United States, the best thing you can do is seek out an experienced immigration attorney.

View Profile
Luis Fernando Hess
Luis F. Hess is an attorney in The Woodlands, TX. He is the managing member of The Law Office of Luis F. Hess, PLLC. He is a seasoned attorney with past experiences working in the US Air Force JAG Corps, in-house counsel at Sisters of Mercy Health System, the USDA legal department, and other private law firms. Luis has also served as a college instructor and adjunct professor before and after com ...read more