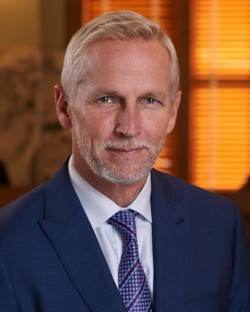 by: Brian A Benken

A botched police raid in Houston three months ago left two suspects dead and five HPD officers wounded after a harrowing shootout. The shootout happened on January 28th, when officers with HPD’s Squad 15 narcotics task force, conducted a no-knock raid on the home of Dennis Tuttle and Rhogena Nicholas, suspecting the couple of dealing heroin from the residence. Many questioned whether the police made a mistake and are covering it up. The officer at the center of the debacle, Gerald Goines, was relieved of duty and is under criminal investigation, accused of lying to obtain the search warrant.

One of the details that made people question the police are the suspects themselves. Tuttle and Nicholas had been married for twenty years and neither had been convicted of a crime. The only criminal record between the two was a dismissed “theft by check” charge against Nicholas that was dismissed.

Family members and friends of the couple also expressed disbelief that the two were drug dealers. Tuttle was a disabled Navy veteran that had been honorably discharged. The couple had been described as animal lovers and Nicholas’ former husband said that she was not into drugs. The description of the couple has led many to question why the police raided the home with such force, 15 officers invaded the home clad in tactical gear. Many have accused HPD of a cover up.

Police Chief Art Acevedo condemned what he called conspiracy theories in describing what led to the raid and what happened during. According to Acevedo an anonymous caller called to complain that her daughter had been doing drugs at the home. The caller also told police that the couple had weapons. Officers investigated the house and found nothing out of the ordinary, only overhearing a passerby say that “…the police are at the dope house.”

HPD then allegedly sent in a confidential informant, who had been deemed reliable and had assisted in several police investigations previously, who allegedly was able to purchase a brown powder that was confirmed to be heroin from the house. The informant also said that there was more of the brown powder packaged in large quantities of plastic baggies. Based on this information the police obtained a “no-knock” warrant, reasoning that since the man was armed he may try to defend himself or destroy the drugs if he knew police were about to enter the residence.

None of that account appears to be true and Acevedo has since had to walk back his comments on conspiracy theories about the case. Acevedo confirmed that none of confidential informants used by Goines had ever been to the Tuttle house and none had ever been asked, much less attempted, to buy drugs from the couple.

Three and a half hours after receiving the falsified warrant nine narcotics officers in tactical gear and at least six patrol officers surrounded the house and stormed the home. The first officer through the door killed the couple’s pit-bull with a shotgun. Tuttle then came from the back of the house and fired on the officer with a .357 magnum, hitting him in the shoulder. The officer fell to a couch where Nicholas attempted to take his weapon. Backup officers shot and killed Nicholas. Tuttle continued to fire on police until he was also shot and killed. None of the officers were wearing body cameras during the raid.

HPD recovered a small amount of marijuana and a white substance later identified to be cocaine. The police did not release information on the amount of drugs obtained but there was no evidence of heroin found.

Should No-Knock Warrants be Used?

Beyond the accusations of a cover up being levied against the police by the public, there are also questions as to whether the police handled the situation appropriately. Incidences of “swatting,” where online personalities have their houses raided by SWAT officers after anonymous calls to police from people pretending to have knowledge of a dangerous situation such as an active shooter or a hostage situation in the personalities’ homes, has led many to question whether the police are stretching the Fourth Amendment protection from unreasonable searches and seizures. This incident further brings into question whether police should be able to invade someone’s home without more checks and balances in place to prevent tragedies from occurring.

Acevedo has publicly stated that officers conducting raids will now be required to wear body cameras and that there will more hurdles to clear before no-knock raids will be conducted.  While that may be somewhat encouraging, why and how Goines could provide falsified information to obtain a warrant remains unclear and is a reason of concern for citizens of the city.

View Profile
Brian A Benken
I have been practicing criminal law in Harris and surrounding counties for over 30 years with my practice being devoted exclusively to criminal defense. I began my career as a prosecutor and investigator with the Harris County District Attorneys office and have defended individuals accused of crimes since 1991. In addition to being an experienced attorney, I am a licensed private investigator. I w ...read more