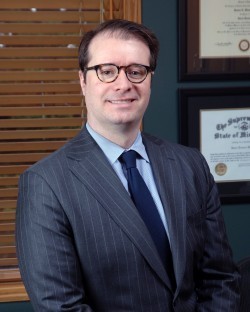 Most people who consider themselves law abiding citizens may have never even dreamed of committing a crime. Driving while intoxicated, however, is an all too common offense and lawmakers are always looking for new ways to reduce the number of drunk drivers on the road. A new law proposed in the Minnesota Legislature clarifies how long repeat offenders and those who refuse a breathalyzer must use an ignition interlock device in their car before they can have their license reinstated.

The Minnesota Department of Public Safety estimates that nearly one third of all traffic deaths in the state are due to alcohol related crashes. There were 24,862 DWI arrests in the state in 2017. In fact, one out of every seven licensed drivers in the state has at least one DWI. Of those that have a DWI on their record, 42 percent end up with multiple DWIs on their records. The conviction rates for DWIs is also very high in Minnesota with over 76 percent convicted. For second time violators, the conviction rate increases to 82 percent.

Having such a high percentage of repeat offenders driving around is something the state is clearly anxious to reduce. One of the main methods to reduce repeat DWI offenders is to install ignition interlock devices (IID) in their vehicles. IIDs are devices that prevent a car from starting unless the driver passes a breathalyzer test.

Minnesota allows for reinstatement of driving privileges for repeat DWI offenders in certain situations. Under the current law, those that have had their license cancelled or denied for three or more impaired driving incidents are not eligible for reinstatement without an IID unless that person has completed a rehabilitation program and submitted verification of abstinence which can be shown be use of an IID. Abstinence must be shown for three years for a person who has had three qualified impaired driving arrests and up to six years for a person who has had four or more qualified drunk driving incidents.

A new bill introduced in the legislature, SF 766, redefines the conditions regarding IID’s for repeat offenders. First a person who has an offense after two qualified impaired driving incidents or who has an offense within ten years of a qualified offense, must have an IID installed for at least one year before they can have their driving privileges reinstated.

If the person has three or more qualified impaired driving offenses, then the conditions from the current law would apply.

The most interesting addition is the requirement of a breathalyzer for repeat offenders who refused a BAC test. Refusing a breathalyzer test is a strategy often employed to avoid prosecution for a DWI. The thinking is that if you refuse a BAC test, you are denying the prosecutor evidence against you. Under SF 766, a test refusal has much more serious consequences and you could potentially have to take a test every time you drive a car for two years.

View Profile
James Leonard Blumberg
James Blumberg is a dedicated and skilled criminal defense attorney who has practiced law for more than a decade. Throughout his time as an advocate for men, women and juveniles facing criminal charges, James has handled a variety of cases in Apple Valley and the surrounding areas in Minnesota. Some of the most common charges James handles include DWI and other drunk driving-related charges, drug ...read more