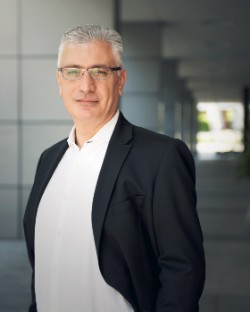 Categories: |
Lawyers Practicing Commercial Truck Accidents in Los Angeles County, CA
Update Required To play the media you will need to either update your browser to a recent version or update your Flash plugin.
0 0

The National Highway Traffic Safety Administration (NHTSA) recently released their preliminary data for accidents involving large trucks, semi-trucks, 18-wheelers, and buses. Every year the NHTSA releases various reports and statistics regarding motor vehicle accidents on the roads. The latest report is for the 2017 calendar year and does not have all of the statistics compiled. Although it is incomplete, it does have enough information to help us notice trends related to commercial truck accidents around the country and here in California.

Nationally, there were 4,889 large truck and bus accidents that resulted in a fatality. This represents a 9 percent increase from 2016 and a 42 percent increase from 2009. The latest report does not have the total number of accidents for 2017 yet but based on the number of fatal truck accidents and the data from years past, we can assume that 2017 will show the highest number of truck accidents of the last 20 years. From a nadir in 2010 through 2016, the number of large truck crashes where there was vehicle damage or property damage steadily rose from 247,000 in 2010 to 418,000 in 2016.

Likewise, the number of commercial truck accidents that resulted in injuries in 2017 was not included in the report but we can again assume that 2017 will show the highest number of injury accidents since 1997. In 2009, there were 51,000 large truck crashes that resulted in injuries. In 2016, that number more than doubled to 104,000 injury crashes and it is safe to believe the number in 2017 will be higher.

The NHTSA also provided some interesting information about truck accidents regarding where and when they occur. The majority of fatal truck accidents, 57 percent, occur in rural areas. The next highest concentration of fatal accidents happens on interstate highways, 27 percent.

The most deadly time of the day for large truck accidents is at night, with 35 percent of all fatal truck accidents happening between the hours of 6:00 p.m. and 6:00 a.m. Most truck accidents that result in death happen during the work week, 83 percent.

The NHTSA also found that the odds of being involved in a fatal large truck accident increased by 23 percent between 2010 and 2017 per million people.

While the full report is not yet ready, the new data shows that 18-wheeler, semi-truck, and commercial truck accidents continue to rise unabated. If you have been injured in a truck accident or loss a loved one due to the negligence of an 18-wheeler driver and his or her company, reach out to Yarian & Associates, APC at 844-291-1911 today to see how we can help.

View Profile
Levik Yarian
Levik Yarian founded the law firm of Yarian & Associates, APC, in Glendale, CA, to help people who have been injured through the negligence of others. With nearly two decades of negligence-based litigation experience, Mr. Yarian understands the challenges an injury victim faces and how daunting the legal system can be. His practice is devoted to personal injury and wrongful death cases. He has ...read more