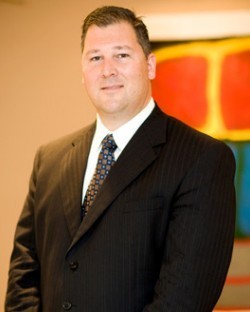 Iowa Continues its Battle with Meth

As legalization of marijuana has gained steam across the United States, Mexican drug cartels are seeing their profit margins slip and are increasing their efforts to sell methamphetamine in the states to keep their earnings up. Iowa is a prime target for meth sales, the number of those seeking treatment for meth addiction is on the rise and arrests for meth far outnumber arrests for any other drug.

Increase of Meth Imports from Mexico

Last month, law enforcement made a major bust of 40 pounds of meth coming from Mexico. Reymundo Yanez Pacheco and Javier Contreras Arredondo were arrested during a drug deal for trafficking large quantities of the drug. The meth was originally found during a traffic stop of Pacheco. Drug dogs found 36 packages of meth in his Jeep’s spare tire well. Pacheco claimed he picked up the drugs in Tijuana, Mexico and he was headed to meet Arredondo to make an exchange.

For a time, methamphetamine was viewed as a drug manufactured by addicts in small sheds hidden in the woods. Drugs shipped from sophisticated labs in Mexico have begun to take over the market. Not only can Mexican cartels ship in quantity, but they also ship much higher quality meth than ever before. This increase in purity has coincided with cheaper prices and more addiction.

The Meth Epidemic in Iowa

In decades past, meth was almost all manufactured locally. This meth was low purity, approximately 20 percent pure, and was derived by using a common cold medicine, pseudoephedrine. Iowa state laws have since made it much more difficult to buy pseudoephedrine from a local pharmacy. Retailers cannot sell more than 7.5 grams of pseudoephedrine to the same person in a thirty day period and cannot sell more than one package in a 24 hour period. Buyers must also be 18 years old and present a photo ID as well as sign a logbook of their purchase.

These laws have reduced local production of the drug but Mexico has filled the void by shipping in a mass produced higher quality product. The type of meth Pacheco brought from Tijuana generally has a purity of over 90 percent. This higher purity product is more addicting and cheaper and has lead to a significant increase in deaths over the past 10 years.

The Iowa Department of Public Health estimates that the number of those seeking treatment for meth grew nearly 40 percent for the years between 2014 and 2017. Law enforcement officials including the U.S. Drug Enforcement Administration consider meth to be an ongoing epidemic for the state of Iowa.

Meth is not just a problem in Iowa, it’s a problem nationwide. In fact, the most common drug arrests across the country are for meth. Crime data shows that 30 of 50 states had a higher percentage of meth arrests than any other drug type. In Iowa, the problem is simply more pronounced. Methamphetamine charges account for 40.5 percent of all drug arrests for the state. Only four other states have a higher percentage of meth arrests.

Punishment as a Solution

Iowa’s meth epidemic is certainly not the result of a soft criminal justice system. It is estimated that 97 percent of drug arrest cases in Iowa result in a prison sentence. Only three other states have a higher percentage of incarcerations. Not only is there a high likelihood of prison time for those arrested on drug charges, but the average time in prison is significantly longer than any other state.

In Iowa, the average sentence for drug related crimes is 111 months. Tennessee is second with 101 months on average, which is still nearly a year less on average than Iowa. Possessing less than 5 grams of meth in Iowa is punishable up to 10 years in prison.

After Pacheco was arrested, he agreed to wear a wire to meet Arredondo. Arredondo was arrested immediately upon placing the drugs in his car. He was also found to be carrying an additional 8 pound of meth. For that amount alone, he could face 25 years in prison. For the amount trafficked by Pacheco and sold to Arredondo, the two could each be facing up to 50 years in prison.

The state legislature has seemingly recognized that harsh penalties and a high incarceration rate are not helping the situation. There appears to be no evidence that meth deaths and arrests are declining. The legislature has now introduced seven bills that would increase drug monitoring, drug treatment, and drug prevention initiatives. Hopefully, this represents a shift in how the state handles the meth problem. In the interim, it seems like Iowa will simply continue to lock people up.

View Profile
Aaron D Hamrock
Defense Attorney Aaron D. Hamrock has practiced law for over 14 years. He prides himself on giving each client the respect and personal attention that they deserve. He uses his experience to aggressively fight for the best possible outcome in each case. He helps those in Iowa who have been charged with criminal offenses, including felony and misdemeanor charges in State and Federal Court. While w ...read more