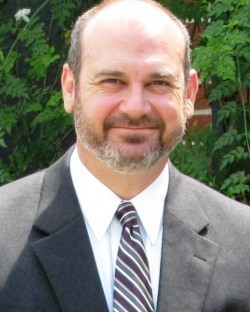 The AR-15 assault rifle has become one of the most controversial figures in modern American politics. Many that are pro-gun control want the AR-15 and all other assault rifles banned completely. The argument is that mass shootings will be much more difficult if a shooter is limited to weapons designed for self-defense or for hunting than they would be if they were armed with a military weapon designed to fire multiple rounds quickly.

The state of Florida has traditionally been very pro-Second Amendment and maybe a couple of years ago a bill banning such weapons would have been unthinkable but it has now been more than a year since the shooting at Marjory Stoneman Douglas Highschool in Parkland, Florida took 17 lives and gun control proponents are looking to seize the opportunity to pass measures that might prevent or limit future shootings.

The big question may be, what counts as an assault rifle? The Federal Assault Weapons Ban (AWB) of 1994 categorized assault weapons based mostly on cosmetic features. Semi-automatic weapons with pistol grips, folding or telescoping stocks, and bayonet mounts were banned under that legislation as assault weapons.

People on both sides of the gun control debate were critical of how assault weapons were defined under that law. Many firearms manufacturers redesigned assault rifles for the U.S. market by maintaining the same mechanical features of banned weapons and simply removed and replaced banned features. The Heckler and Koch SL-8 for example was internally nearly identical to the banned H&K G36 except that the SL-8 had a fixed stock with a thumbhole instead of a pistol grip and a collapsible or folding stock.

After the AWB passed there was also an increase in sales of certain firearms that could function similar to an assault rifle without the cosmetic features that would have put them under the ban. The SKS rifle for instance became known as a “cop killer” gun because it was an unbanned firearm that fired the same rounds as an AK-47, could accept large capacity magazines, could be modified to fire fully automatic, and is still to this day a relatively inexpensive weapon.

How are these Bills Different from the Assault Weapons Ban?

Perhaps learning from the criticisms of the AWB, HB 455 and SB 466 are far more extensive in what is banned. First, assault weapon is defined as “any selective-fire firearm capable of fully automatic, semiautomatic or burst fire at the option of the user…” Both bills then go on to list specifically banned weapons including all AK series weapons and all AR series weapons. The list does not stop with only AR type weapons but includes certain pistols, automatic shotguns, certain sniper rifles, submachine guns, and even classic weapons such as the M1 Carbine.

The bills go even further by banning parts that can turn a firearm into an assault weapon along with cosmetic features. Having any folding stock, pistol grip, thumbhole stock, bayonet mount, flash suppressor, threaded barrel, bayonet mount, barrel shroud, or a grenade launcher on a semiautomatic weapon would classify it as an assault weapon. Semi-automatic pistols and shotguns are also banned if they have certain cosmetic features as well.

Many of the banned cosmetic features are not exclusive to assault weapons and offer tangible advantages to hunters and sport shooters. Threaded barrels, flash suppressors, and silencers are banned under both bills but all three can be valuable in situations outside of mass shootings. Silencers for instance do not completely eliminate the sound of gunfire like in movies but do reduce the decibel level to a more comfortable degree so that sport shooters can forego some ear protection. Flash suppressors are sometimes mounted on hunting rifles to add a level of concealment when firing. And while flash suppressors would be banned, muzzle breaks which are very similar looking and often function similarly are not prohibited.

What Would be Legal?

If either bill is implemented as is, there will undoubtedly be serious confusion about what is banned and why. For instance, HB 455 categorizes all AK series weapons as assault weapons and lists several variants. That list does not include the Soviet SVD-63 sniper rifle even though that weapon has often been confused as an AK variant and can feature a pistol grip/thumbhole stock, as well as a large capacity magazine. Yet further down the list, the HK PSG-1 sniper rifle is explicitly banned while being a similar firearm.

While the HB 455 and SB 466 would criminalize the sale or transfer of assault weapons, it would not completely ban the ownership of such weapons. To be able to possess an assault weapon a person must have a certificate of possession. Only people who lawfully possessed an assault weapon before October 1, 2019 will be eligible to apply for a certificate of possession. The application will include a written description of the weapon including serial numbers and the applicant will have to be fingerprinted by a law enforcement agency.

The likelihood that either bill passes in their current forms is presumably very low. Republicans have large majorities in both the Florida Senate and House and the Governor, Ron DeSantis, has indicated he would veto gun laws. The bills should still serve as litmus tests to see if gun-control proponents are gaining mindshare and should certainly set off alarm bells for gun-rights activists.

View Profile
Dean R Galigani
Dean Galigani has over 20 years experience in criminal defense, and during this time he has become an expert in criminal trial law. In order to become board certified in criminal trial law, Dean Galigani underwent hours of courses, testing and hands-on trial practice hours, where he was examined thoroughly by his peers, until finally being honored with this prestigious accomplishment. As a Gainesv ...read more