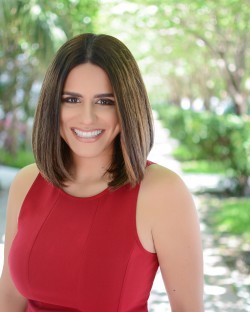 Insurance companies spend billions of dollars every year on commercials to convince people that they have the consumers best interests in mind. Yet, somehow, anyone who has had to deal with an insurer will quickly find that the company’s number one objective is to protect their profits by denying as many claims as possible, especially health insurance claims and property damage claims.

Insurance companies will go as far as to overrule your doctor in telling you what treatment is best as long as that recommendation means not having to pay for more expensive life saving treatments. Such is the case of Richard Cole, a prominent Miami attorney diagnosed with prostate cancer whose insurance provider is denying him coverage for proton beam radiation therapy, citing it as an experimental treatment. Three judges have now recused themselves from hearing Cole’s case due to their sympathies for the man, including U.S. District Judge Robert N. Scola Jr., himself a prostate cancer survivor.

Scola in his order of recusal openly rebuked United Healthcare, Cole’s health insurance provider. In his order to recuse himself, Scola explained that he too was diagnosed with prostate cancer and all experts he spoke with stated that the wisest radiation therapy option was proton radiation, the same therapy Scola is being denied access to. Scola went further and cited a close friend who was denied proton radiation treatment by United Healthcare and had to sue United to be reimbursed after he paid out of pocket. Scola ends his order with the following:

“It is undisputed among legitimate medical experts that proton radiation therapy is not experimental and causes much less collateral damage than traditional radiation. To deny a patient this treatment, if it is available, is immoral and barbaric.”

Scola is correct in saying that the therapy is not experimental. The U.S. Food and Drug Administration has recognized proton beam radiation therapy for prostate cancer as legitimate for nearly 40 years. United Healthcare claims their decision is based on “prevailing published clinical and scientific evidence.”

Cole and his doctors appealed United’s decision but ultimately, fearing for his life, Cole paid out of pocket for the procedure. United has since, as of January 1st, revised its policy on proton radiation treatment and recognizes the treatment as “proven and clinically equivalent for treating prostate cancer.” Cole’s lawsuit says this is evidence that United’s prior policy was completely arbitrary since no new research developments have been made in the intervening time that would make United change its stance.

Abrams Justice loves nothing more than speaking truth to billion dollar insurance corporations that prioritize profits over the health and well being of their insureds during times of hardship and tragedy. Bravo Judge Scola for recusing and calling out the immoral and barbaric conduct of an insurance company. Sadly, these type of wrongful insurance benefit denials happen every day to good people and families all across this country. This is why Abrams Justice fights the good fight every day.

View Profile
Isabel Abrams
Isabel Abrams is the managing partner of Abrams Justice. Raised in Miami and born to Venezuelan parents, Isabel has a deep understanding of Miami's multi-cultural community. Isabel is a passionate and assertive advocate for her clients and works tirelessly to obtain them the best possible results. With years of trial experience, Isabel thrives in the courtroom and has a unique ability to come up w ...read more
Original article can be found here: https://www.abramsjustice.com/news/federal-judge-calls-insurance-company-immoral-and-barbaric/