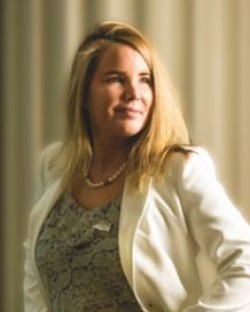 Categories: |
Lawyers Practicing Sex Crimes in Utah
Update Required To play the media you will need to either update your browser to a recent version or update your Flash plugin.
0 0

U.S. Federal agents solicited sexual acts from alleged victims of human trafficking which led to charges of prostitution and the women’s arrests.  In essence, the women they were trying to protect, ended up in trouble with the law.

After investigation, it was learned that agents with the Department of Homeland Security had at least 17 sexual encounters with “Asian females” working in massage parlors, according to the Howard Center for Investigative Journalism at Arizona State University. Researchers found internal ICE documents that show that agents were authorized by their supervisors to engage in the sexual activities.

According to one particular report from the journalism school at ASU, two undercover agents visited eight massage parlors where they paid and engaged in sexual activities during 17 different visits. Agents noted to their supervisors that the women could be victims of human trafficking.

During a visit, one of the agents said he paid a woman $120 for her to perform oral sex on him while she was nude. When she started the oral sex, the agent said he stopped her and removed a condom and had her touch him skin-to-skin instead. A Homeland Security Investigations report says the woman stopped after a few minutes and then gave the agent a towel in order to clean himself.

According to a timeline created by the university, Homeland Security Investigations started investigating massage parlors in Lake Havasu, Arizona on April 20, 2018 after being contacted by local police. By May 15, undercover agents started paying for sex acts from women who were suspected of being sex-trafficking victims in massage parlors. By September 18, 2018, HIS has 17 documented sex acts involving an HIS agent. Spas visited by the agents were raided by HIS and police on September 20, 2018. Indictments were filed on September 27, 2018 and the case started the following year. Charges were eventually dropped for a majority of the women accused of being involved in the prostitution ring.

As the outlet Reason points out, many attorneys and former law enforcement agents don’t see how receiving sexual acts was necessary for the investigation.  “It is unclear how an ICE officer having sexual relations with human trafficking victims in Mohave County, Arizona, protects the nation from terrorist attacks or secures the border,” said one attorney who is seeking the identities of the undercover agents involved in the operation.

From a legal standpoint, there doesn’t seem to be much of a defense for federal agents to engage in sexual activity with the accused victims. Agencies often say they engage in human trafficking operations because they are looking out for victims. Yet in these instances, two ICE agents have clearly engaged in illegal activity. The women “offering and agreeing” to perform the sex acts in exchange for money is sufficient to sustain a conviction for prostitution in Utah.  A sex act does not need to be consummated.

It’s also alarming that federal agencies and police departments spent years tracking victims of human trafficking resulted in only three state-level misdemeanor convictions. One woman convicted of prostitution was sentenced to 56 days in jail and fined $600. Her husband took a plea deal after accepting a charge of attempted pandering.