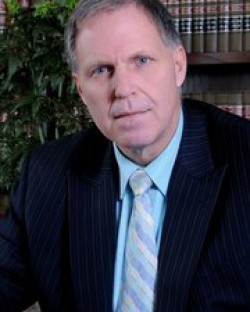 CBD Arrests in DFW International Airport on the Rise

Categories: |
Lawyers Practicing Marijuana Law in Tarrant County, TX
Update Required To play the media you will need to either update your browser to a recent version or update your Flash plugin.
0 0

DFW International Airport is the fourth largest airport in the whole country. While states like California and Denver have openly declared that they will not check flyers at the airports for marijuana related products including CBD, DFW has actually increased the number of arrests for found with CBD extract. According to the port director of DFW Airport, Cleatus Hunt, Jr., arrests for CBD at the airport have “skyrocketed” this year after having been virtually non-existent.

CBD is one of the most confusing controlled substances from a legal standpoint and there is a lot of misinformation being spread about it. CBD is usually extracted from marijuana or hemp plants in the form of an oil. CBD itself has no psychoactive effects and does not produce a “high,” unlike THC. The chemical is often smoked, ingested as a tincture, or used as a topical cream to relieve a bevy of ailments including pain, inflammation, and anxiety. In Texas, the chemical has actually been legalized for intractable epilepsy but is limited to only that disease.

Still, the legal status of CBD is very confusing and unclear. CBD oils and tinctures are not being sold by drug dealers in back alleys, they are being sold at legitimate brick and mortar stores all over Texas.  In Texas, extracts and concentrates of the marijuana plant are regarded as Penalty Group 2 controlled substances but CBD is not explicitly prohibited. This leaves prosecuting possession of CBD within the discretion of federal prosecutors and the local district attorney.

Tarrant County District Attorney, Sharen Wilson, has publicly stated that she will prosecute those caught with CBD and the FDA has made the stance that CBD does not fall under a food supplement exemption as claimed by those who sell it and is therefore within the federal government’s authority to prosecute the extract as a controlled substance.

To make things even more confusing, CBD can be derived from hemp, a cousin of the marijuana plant. Hemp has recently been legalized at the federal level through the federal farm bill and makes the transport of hemp and hemp products legal. A legal framework for the plant in Texas has not yet been established.

What are People Being Arrested for?

So, with such a confusing landscape regarding the substance, what exactly is the government’s basis for arresting people with CBD if it is not even clear that it is illegal? As it turns out, extracting CBD still often results in trace amounts of THC being extracted as well. If airport authorities test CBD and find any amount of THC it is grounds for arrest since that substance is very clearly illegal. Not only is extracted THC illegal, it is punished much more severely than possession of marijuana flower.

Making arrests based on THC and not on CBD makes prosecution much easier and much more clear. Our experience at the Law Office of David Sloane, PLLC is that almost no one is being prosecuted for the latter. It is the THC that is getting people in trouble. Almost all CBD products are advertised as having no amounts of THC but it is near impossible to extract CBD without pulling out some THC. CBD oil extracted from hemp generally contains about .3% THC. While that miniscule amount sounds as harmless as it is, in Texas measuring the amount of THC includes diluents and adulterants. This means that if you are caught with a gallon of water with a drop of THC in it, you would be charged as if you had a gallon of THC.

Texas is currently considering several bills that would legalize or recategorize extracted CBD and THC but until that time, if you are arrested for possessing CBD you need to reach out to an experienced marijuana defense attorney.