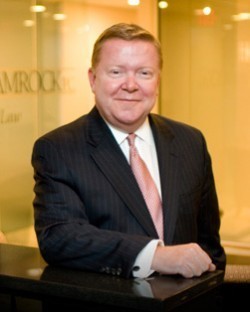 Federal prosecutors in Iowa have received a guilty plea from a Missouri farmer who was part of a massive fraudulent grain scheme. John Burton, of Clarksdale, Missouri, was charged with federal conspiracy to commit wire fraud after he agreed to sell his genetically modified grain to an Iowa grain broker under the understanding that the grain would be marketed as being non-GMO organic. For his part in the conspiracy Burton is facing up to five years in prison and a fine of up to $250,000.

The scheme started with Randy Constant, the owner of Jericho Solutions, an Iowa grain brokerage. Constant’s plan was simple, he would buy genetically modified grain, including corn, soybeans, and wheat, from farmers in Missouri and Nebraska and sell that grain as being organic for significantly higher prices. The scam ran for at least seven years between 2010 and 2017. The result was at least $142 million in sales. Industry watchdogs believe this may be the biggest fraud scheme involving United States farmers of all time.

Constant not only claimed the grain was organic but also told customers he had grown the grain himself. Constant’s other company, Organic Land Management, holds a USDA certification to grow organic corn and soybeans which allowed him to pass off GMO grain he bought from his co-conspirators off as being grown organically. Constant pleaded guilty to federal wire fraud charges last December and could be facing up to 20 years in prison.

Three farmers from Nebraska have also pleaded guilty to wire fraud charges in connection with the scheme. Wire fraud as a crime can be summarily defined as devising a scheme for obtaining money by false or fraudulent pretenses, representations, or to sell, supply, or furnish counterfeit or spurious goods and deliver accordingly. While the term wire fraud may sound outdated, the federal wire fraud statute is an umbrella law that can be used to prosecute a bevy of white collar crimes including such things as credit card fraud, insurance fraud, tax fraud, and in this case grain fraud.

This was not the first time questions have been raised about Constant and Jericho Solution’s practices. In 2007, a Nevada producer of soy products bought a railcar shipment of certified organic soybeans from Jericho. The owner of the company, Mary Jo Rablin, had the grain tested and found genetically modified material in the soybeans. Testing revealed positive results for genetically modified material as high as 20 percent in one sample.

Representatives for Jericho claimed that this was a simple matter of contamination on Rablin’s end. Rablin filed a complaint with the USDA’s National Organic Program alleging the incident cost her $100,000. The USDA did not follow up and no action was ever taken against Jericho. Prosecutors now say that the overwhelming majority of grain sold by Constant was non-organic, at least 90 percent.

Many in the organic industry are questioning how Constant could have passed USDA’s oversight so easily and for such a long time. The charges against Constant and his compatriots comes less than two years after a damning Washington Post report that found millions of pounds of USDA Organic certified soybeans and corn from Turkey were in fact non-organic. While the USDA may not be doing enough to crack down on fraudulent grain sales, federal prosecutors need no encouragement to continue to prosecute fraud and white collar crimes. White collar crimes result in approximately $400 billion in damages for U.S. companies but the majority of white collar crime victims are individuals. It is estimated that there are 5,317 white collar crime arrests per 100,000 people in the United States and the FBI, IRS, and DHS are keen to crack down on those numbers.

View Profile
Timothy McCarthy II
With over 25 years of experience as an attorney, Timothy McCarthy II knows that a proactive approach is important in both criminal defense and civil cases. He strives to give each client personal attention and use the unique details of their case to form a defensive strategy that's right for them. Timothy studied at Drake University, where he received his Bachelor's degree and his Juris Doctorate ...read more