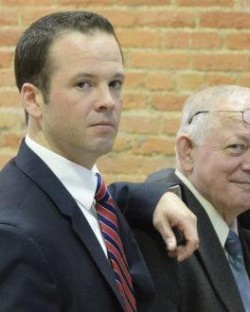 For almost 40 years he practiced by himself until his son Phil Finegan joined the firm.

After working at the State's Attorney's Office Phil realized that he wanted to pursue a career as a criminal defense attorney.

A year later Jim Finegan's other son Rob Finegan joined the firm. Rob realized that he wanted to follow in the footsteps of his father and pursue a career in civil law.

Rob, like his father, has shown a particular interest in bankruptcy, real estate and civil litigation.

No matter what problem you may have, the Finegan Law Firm will help. Please contact us to schedule a free consultation.