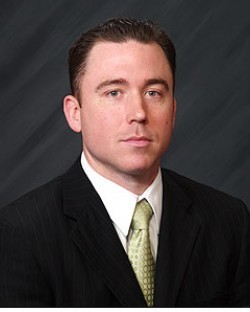 Greg Gagne served as a trial attorney in the JAG Corps of the United States Air Force from 2002 to 2005. Born and raised in Wolcott, Connecticut, he began his legal career in 2001 with Moynahan, Ruskin, Mascolo & Minnella in Waterbury, Connecticut, and entered the military shortly after the tragedy of 9/11.During his time as a prosecutor and defense counsel in the Air Force, Greg litigated well over 60 trials and administrative proceedings. He was selected to serve as a supervisory prosecutor with responsibility for Europe and the Middle East, but instead chose to return to his home in Wolcott, Connecticut to practice law.Upon his return to the greater Waterbury area, Greg worked at Reiner, Reiner & Bendett in Farmington, Connecticut. In his role at the firm, he served as a litigation specialist and handled a number of trials in multiple areas of the law. In addition, Greg performed real estate closings, prepared wills, handled foreclosure litigation, and assisted businesses with their legal needs. Attorney Gagne formed the Law Offices of Greg Gagne to serve clients throughout Connecticut. The Law Offices of Greg Gagne is a full-service practice with emphasis on personal injury, criminal and general litigation, real estate transactions, wills and trust preparation, and the representation of small and mid-sized businesses throughout Connecticut. In addition, Greg is a partner in Gagne, Scherer & Langemo, LLC, a military law firm that provides representation to military members worldwide.Greg received a B.A. in Political Science at Trinity College in Hartford, Connecticut. Immediately after completing his undergraduate studies, he entered law school at the University of Connecticut, where he was a member and editor of the Connecticut Insurance Law Journal. He was awarded his Juris Doctorate in May of 2001.