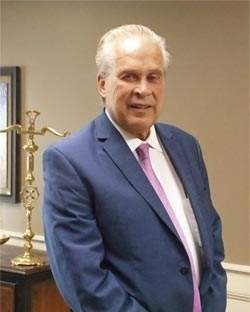 Doc Halliday Attorney at Law Peoria5901 North Prospect Road, 7APeoria, IL 61614, United States(309) 689-8982http://dochallidaylaw.com/doc@dochallidaylaw.comMr. Halliday is a life-long resident of Peoria, having graduated from Richwoods High School, Illinois State University, and the University of Tennessee School of Law. He has practiced law since 1976. Doc Halliday has earned a reputation as one of Central Illinois’ most respected Lawyers. He is one of a limited number of Illinois Criminal Defense Attorneys who have actually won a death penalty murder case. Doc diligently defended an individual accused of murder and during his own investigation, he discovered evidence and witnesses which convinced him that his client was innocent. Despite the fact the State’s Attorney’s Office was seeking the death penalty, he obtained a verdict of not guilty from a Peoria County Jury.Over the years, Mr. Halliday has tried over 100 civil and criminal jury trials and has always given a 100% effort in representing his clients.