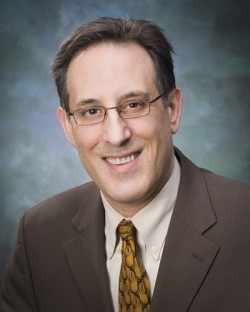 Criminal Defense Lawyer
Law Offices of Winer & Winer
Waukegan, IL
About Résumé Reviews Contact
Not Yet Reviewed Review this lawyer
Is this you? Showcase your career achievements and connect with ideal clients.
Premium Placement
Enhanced Features
Upgrade to Enhanced Profile

Before becoming a partner in the Offices of Winer & Winer in 1993, David Winer had a successful and varied legal career. While working toward his degree at the University of Iowa, David was aware that criminal law was his interest when he interned with the Coralville Police Department where he rode along daily with the patrol division and saw first-hand the criminal justice system, where he witnessed crime investigation, execution of warrants, arrests, interrogation, and trial. This experience continued while in law school where, he interned for the Cook County State’s Attorney and was assigned to the felony trial division and assisted in many major felony cases.

Upon graduatiing from law school in 1988, David was hired by at the Lake County Public Defender’s Office where he was involved in every aspect of the Lake County criminal system. In a brief period of time, he was recognized as a leading trial attorney and quickly built a reputation for and successful litigation. David worked in all divisions of the Lake County Courthouse, including:

David participated in every type of felony case, from simple drug possession to complex murder trials. Frequently, these high profile cases were reported in the news and covered in the Daily Herald, the News Sun, the Chicago Sun-Times, and the Chicago Tribune. His cases have also been covered by major television networks. As a result of his reputation and vast experience, David grew intimately familiar with the inner workings of the courthouse, its personnel, and procedures.

Following his experience at the Lake County Public Defender’s Office, David moved to South Africa where he was hired as a legal consultant to develop their first Public Defender’s Office and also for the human rights public law office, the Legal Resource Centre. David also provided guest lectures on Criminal Law at the Law School of the University of Pretoria. South Africa was under apartheid during one year of David’s stay, and he was given the unique opportunity to experience first-hand the inequities of an unjust legal system. This experience only strengthened his desire and resolve to fight for his client’s rights.

Upon returning from South Africa in 1993, David entered private practice with his father Harold, and brother Evan. The Winer name has been a presence in Lake County since 1961. It was this partnership that created the finest law firm in Lake County that solely practices Criminal Defense, Traffic-DUI Defense and Secretary of State License Hearings. From the outset David J. Winer became active in the legal community where he was a member the Editorial Board and Contributing Author of the Lake County publication, The Docket, past Chairman of the Juvenile Law Committee, active member of the Criminal Law and Traffic Law committees of the Lake County and Illinois Bar Associations and is the chairman of the LCBA Lawyer Referral Service.

David has lectured other attorneys about all types of Secretary of State Hearings for driver’s license permits and reinstatement through an Illinois Continuing Legal Education lecture.