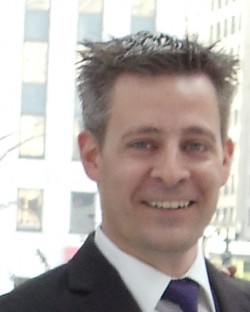 Brian Lohse is a results driven attorney with a distinguished career building trusting relationships with client, customers, and business partners for the last 20 years. Upon graduating from Ball State University in 1995 with a degree in Journalism and Advertising, he and his family became Papa John’s Pizza franchisee’s in Texas. The three-store franchise was extremely successful, and at the time, included the #1 and #2 grossing stores in the U.S.

After selling their ownership stake in the franchise, Brian was an advertising and media planner for several movie studios such as Disney, Paramount Pictures and MGM. With an annual advertising budget of several million dollars per year, he developed advertising campaigns for video store chains across the U.S. and developed cross-promotion campaigns tying together retailers and other local businesses.

Brian then jumped at the opportunity to go to work for Joel Osteen’s new television station in Houston, Texas. Brian developed sales campaigns for advertisers and helped write and produce television commercials for many local and regional advertisers.

The next promising opportunity was to invest in real estate. In the early 2000's he bought a 32-unit apartment complex and several cell towers around the U.S. He dealt with tenant issues, management issues, FAA requirements, and FCC regulations. He and the other shareholders enjoyed a 485% return on their investment when the business was sold a few years later.

After the 9/11 attacks, Brian moved back to the Midwest to be closer to family. Once back, he owned and operated a sports bar, nightclub, concert venue and banquet facility in a Chicago suburb. He created risk-reduction programs and negotiated all business agreements. The concert venue hosted national acts from across the U.S. including former American Idol winners and Platinum Album sellers.

Brian's law practice is focused on providing personalized service for every client. When you call, you will work personally with Brian, rather than with a secretary or paralegal. Brian's priority is to complete your legal projects quickly, and with the same level of dedication he attributed to his own success.   Brian understands business and real estate matters because he’s been there too.