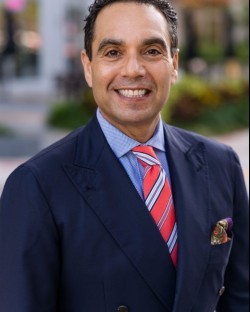 Aronfeld earned international recognition after his first jury trial, when an Orlando, Florida jury awarded his Uruguayan clients a $100,000.00 verdict against Walt Disney World. Before trial, Disney had offered his clients only $1,200.00. That verdict remains one of the largest in a personal injury case against the Mouse and his legal battle was recounted in the book, "Disney, the Mouse Betrayed."

Aronfeld graduated from the Trial Lawyer College, a non-profit institution founded and directed by legendary trial lawyer, Gerry Spence in Dubois, Wyoming. Lawyers are admitted by invitation only and learn how to try cases on behalf of the people. Aronfeld has since returned as part of the faculty and has joined Spence on several of his nationwide book tours.

Aronfeld has hosted his own weekly radio talk and lectures frequently around the country to both lawyers and law students. He has appeared on the Dr. Phil, The Doctors, NBC’s Today Show, Court TV, Primer Impacto, Univision, Montel, Tyra, Dateline NBC, America’s Most Wanted, The Insider, Cristina, Sevsec al Fondo, CNN and HNN.

Aronfeld is an active member of The Florida Bar and has substantial experience in his area of specialty: Medical Malpractice, Personal Injury Law, Defective Products and Medical Devices and Cruise Ship Injuries.

Since 2007 has been recognized as one of Florida’s Super Lawyers and was named one of the "20 Most Intriguing Floridians" by Florida Magazine.

Aronfeld lectures at the prestigious Trial Lawyers College, founded by legendary lawyer Gerry Spence and open by invitation only; he also tours with Mr. Spence. He is licensed to practice in Florida and the District of Columbia, and was admitted to both the Federal District Court Practice (1992) and the Federal Trial Bar of the US District Court (1993). He has chaired numerous seminars for the Florida Justice Association (Academy of Florida Trial Lawyers) and spoken at the annual convention of the American Association of Justice (Association of Trial Lawyers of America) in San Francisco, Maui and Phoenix. 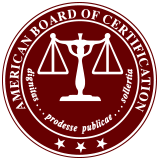 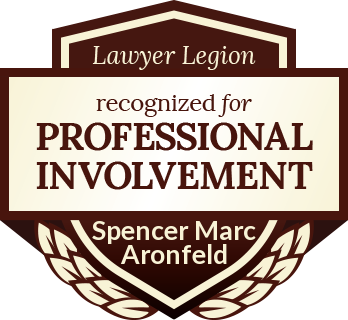