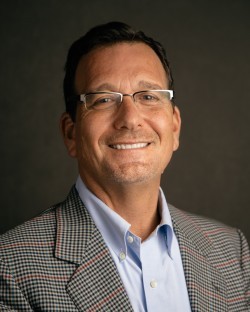 Real Estate Law and Probate Lawyer
Oppenheim Law
Weston, FL
About Résumé Reviews Contact
Not Yet Reviewed Review this lawyer
Is this you? Showcase your career achievements and connect with ideal clients.
Premium Placement
Enhanced Features
Upgrade to Enhanced Profile

Roy Oppenheim, Esq., is an AV rated lawyer and senior partner at the 25 year-old law firm of Oppenheim Law that he co-founded.Roy focuses on real estate and real estate related litigation focusing for the past several years on foreclosure defense.A frequent contributor to FOX News, USA Today, Huffington Post and The New York Times, Roy has co-authored "Deconstructing the Black Magic of Securitized Trusts" which was published in the Stetson University Law Review, and subsequently cited by various courts around the country.Roy is a member of the New York and Florida Bars, a member of Who's Who in America and has received the highest rating of 10.00 by AVVO based upon his experience, track record, and industry recognition.Prior to Oppenheim Law, Roy worked for the Wall Street firms of Milbank Tweed and White & Case. Roy is also the creator of the South Florida Law Blog, named the best business and technology blog by the Sun-Sentinel. Roy is a graduate of Northwestern University Law School where he was a member of the Editorial Board of the Law Review and the National Moot Court Team. He is also a cum laude graduate of Princeton University.

2. Roy Oppenheim is a Senior Partner at the Law Firm of Oppenheim Law that he co-founded 25 years ago. As an A.V. rated attorney by Martindale Hubbell, Mr. Oppenheim focuses on representing Builders, Developers, and Real Estate Investors.Hehas been involved with the Florida Real Estate market for over twenty years. Mr. Oppenheim is also President of Weston Title and Escrow, a sister company of the law firm that serves as a regional title agency for distinguished high profile builders and developers.He is also a principal in a number of homebuilders and commercial development companies.In addition, Mr. Oppenheim invests in other companies that provide equity and mezzanine loans to builders and developers. Mr. Oppenheim is frequently invited to lecture at Northern Trust and SunTrust Banks where he provides commentary on the Real Estate Market.He has also appeared on WNET, the Public Television Station in South Florida, as part of a round table discussion concerning the real estate market and appears periodically on WPLG, the ABC affiliate in Miami, as a commentator concerning real estate and other related issues.In 1999-2000 Mr. Oppenheim also served as an outside Director to Catalina Lighting, Inc.

He founded Oppenheim Law in 1989 with his wifeEllen Pilelskyand uniquely positions the Florida foreclosure lawfirm as one of Florida's leading boutique law firms in Weston, Florida.

In addition, in 1994, Oppenheim co-foundedWeston Title & Escrow, the oldest title company in Weston, Florida, and he currently serves as its vice president. In 1999, Oppenheim served a one-year term on the board of directors for Catalina Lighting, a publicly traded company on the New York Stock Exchange.

In 2009, Roy started theSouth Florida Law Blog, which was voted the best business and technology blog of 2011 by the South Florida Sun-Sentinel. He served as an expert witness on title industry practices in Stewart Title Company vs. Forbes Gallagher. (Miami-Dade Circuit Court, 2012)