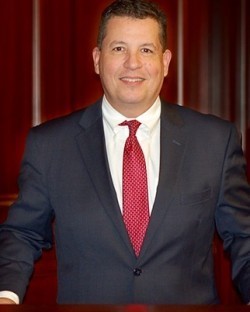 Adoption Lawyer
ELER LAW
Jacksonville, FL
About Résumé Reviews Contact
Not Yet Reviewed Review this lawyer
Is this you? Showcase your career achievements and connect with ideal clients.
Premium Placement
Enhanced Features
Upgrade to Enhanced Profile

ELERLAW is a general trial practice law firm handling all family, criminal and general litigation matters in both State and Federal courts.

For approximately 20 years thereafter I was a private practitioner.I started as an associate attorneyat the law Offices of Tassone & Ferebee and represented clients in criminal and civil litigation. I then went on to partner of Tassone & Eler, with a focus on complex and major litigation practices in criminal and civil law matters including homicide (Death Penalty), robbery, kidnapping, arson and drug trafficking cases.

In 2006, I launched The Law Offices of Refik W. Eler, P.A., a general practice law firm specializing in similar aspects of criminal and civil litigation in State and Federal Courts. Thereafter, I was appointed as Chief Assistant Public Defender. I was the Chief Assistant Public Defender serving the Fourth Judicial Circuit of Florida, a post I held from January 2009 until January 2017.

For several years, I was an Adjunct Professor at The Florida Coastal School of Law where I taught trial advocacy including mock trial of criminal and civil cases to second and third year law students. I am a longtime member of the Florida Association of Criminal Defense Lawyers and the Jacksonville Bar Association where I sit on the Governmental Relations Committee.

Since 2009, I have served as a Board Member for the Sulzbacher Center for the homeless and for five years I also sat on the Board at the Jacksonville Humane Society.