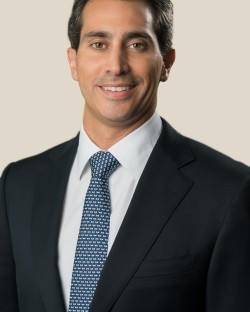 Mr. Millares has been practicing law for a very active 14 years. In that time he has established an excellent reputation among his clients, judges and peers as evidenced by the many testimonials and honors that he has received. He has handled thousands of cases and has achieved impressive results for his beloved clients. He feels a genuine calling to be an attorney and to take care of those who need his help, especially those cast away or ignored by society. His clients are his number one priority and he makes sure that he and his staff are always friendly, professional and approachable. This is why his office is not in Brickell or Downtown. Parking is scarce and way too expensive there. Our centrally-located office provides a welcoming atmosphere for our clients, complete with lots of free and convenient parking.

Mr. Millares is a child of Cuban Refugees who was born and raised in Miami, Florida. His parents wanted to give him "everything that they had not had" due to their leaving Cuba in order to flee Fidel Castro and his brutal communist regime. His parents worked incredibly hard and sacrificed in order to provide Mr. Millares and his sister with the finest schooling that they could afford. Mr. Millares feels incredibly blessed to have attended Gulliver Academy from first through sixth grade and then Ransom Everglades from seventh through twelfth grade. (In 2015 Ransom Everglades was ranked second best private high school in the country by Niche behind Phillips Exeter)

Mr. Millares then earned a Bachelor of Arts Degree in English from the College of the Holy Cross in Worcester, Massachusetts (consistently ranked as a top 25 liberal arts college by U.S. News & World Report) and then earned his Juris Doctor (law degree) at the University of Notre Dame Law School in South Bend, Indiana (consistently ranked as a top 25 law school by U.S. News & World Report).

After law school Mr. Millares returned home to Miami and began his legal career by serving the people of the State of Florida as an Assistant State Attorney in Miami, Florida. Frequently the first one in the office and the last to leave, Mr. Millares learned an incredible amount during his time as a prosecutor. His appetite for learning and his desire to become the best legal advocate possible led him to earn a Masters of Law Degree in Real Property at the University of Miami. Mr. Millares continued practicing both trial and transactional law in corporate and law firm settings like The Related Group, The Bainbridge Companies, Priderock Capital Partners and Estrella Ticket Defense Law Firm P.A. (a law firm that he co-founded in 2011 and eventually sold to his friend and business partner). Mr. Millares has been in the news recently because he was one of the first attorneys to file a Federal Class Action Lawsuit against the red light camera companies and the municipalities that work with them.

He also recently won a verdict for his client at trial against taxi giant Yellow Cab, after a drawn out multi-year fight. 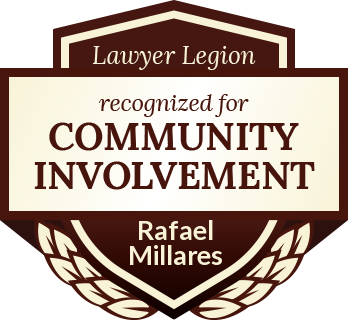