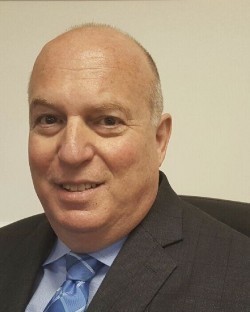 Estate and Probate Law and Probate Lawyer
Kitroser & Associates
North Palm Beach, FL
About Résumé Reviews Contact
Not Yet Reviewed Review this lawyer
Is this you? Showcase your career achievements and connect with ideal clients.
Premium Placement
Enhanced Features
Upgrade to Enhanced Profile

"Assisting family members in disputes relative to the estates and trusts of their loved ones is rewarding. I provide clients with skilled representation in alternate dispute processes such as mediation, and in trial. Being part of a multidisciplinary team is essential in meeting the needs of our clients."

Mr. Mighdoll is a 1973 graduate of the State University of New York at Stony Brook and received his Juris Doctor from the New England School of Law in Boston, Massachusetts in 1976. From 1976 to 1979, he served as an assistant public defender in Miami and West Palm Beach. Mr. Mighdoll was in private practice from 1979 to 1993 during which time he served as the attorney for two municipalities. From 1993 to 2012, as Chief of the Economic Crime and Crimes Against the Elderly Unit for the Office of the State Attorney for the Fifteenth Judicial Circuit, in Palm Beach County, Florida, he supervised a staff of attorneys prosecuting complex financial cases and protected the rights of elderly victims. He returned to private practice in 2012, specializing in probate, estate and trust litigation.

During his tenure as Chief of the Economic Crimes and Crimes Against the Elderly Unit he coordinated elder issue seminars for Palm Beach County law enforcement agencies. He has spoken on crimes against the elderly to many colleges and universities, state agencies and local organizations such as the Florida Attorney General’s Office’s Crime Prevention Training Institute, Illinois Department of Aging, University of Miami Training Institute on Aging and Disabilities, Stetson University College of Law, Area Agency on Aging, Alzheimer’s Association, and the National Center for Trial Advocacy in Columbus, South Carolina.

Task Force on Elderly Abuse, Neglect and Exploitation: The Palm Beach County Experience, Journal on Victimization of the Elderly and Disabled.

Prosecuting Crimes Against the Elderly While Addressing The Victim’s Loss of Autonomy, Marquette University Elder’s Advisor.

From 2007 to 2012, Mr. Mighdoll served on the Florida Department of Children and Families, Adult Protective Services Advisory Panel. He also represented the Office of the State Attorney from 2008 to 2012 in a Department of Justice, Office of Violence Against Women training grant on "Enhanced Training and Services to End Violence and Abuse of Women Late in Life." In 2013 Mr. Mighdoll was a member of state task force coordinating amendments to Florida Statutes Chapter 825, Abuse, Neglect and Exploitation of Elderly Persons and Disabled Adults, which were adopted in 2014.