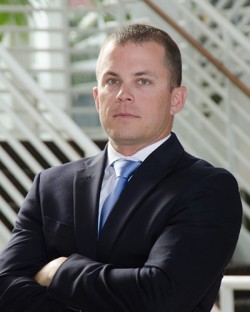 A native of South Florida, Paul Walsh earned his law degree from St. Thomas University School of Law. Named among the Top 100 Trial Lawyers by the National Trial Lawyers in 2014, Mr. Walsh has been with the team at Perlet, Shiner, Melchiorre & Walsh, P.A. since 2013. Prior to joining the firm, Mr. Walsh was a prosecutor in the Drug Unit and Organized Crime Unit of the Palm Beach County State Attorney’s Office. This experience allows him to examine criminal cases from both perspectives, making him and insightful and effective advocate for his clients. Tenacious and hardworking, Mr. Walsh has handled more than 80 jury and non-jury trials involving a variety of criminal charges, including drug crimes, RICO, sex crimes, assault/battery, DUI, theft crimes, and all misdemeanor and felony cases in both federal and state courts. He also handles the majority of forfeiture cases for the firm. He is licensed to practice in Florida and the U.S. District Court, Southern District of Florida.