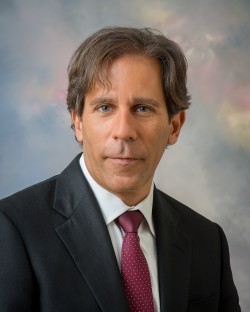 Criminal Defense Lawyer
Sarasota, FL
About Résumé Reviews Contact
Not Yet Reviewed Review this lawyer
Is this you? Showcase your career achievements and connect with ideal clients.
Premium Placement
Enhanced Features
Upgrade to Enhanced Profile

I grew up in the Sarasota area, attending Cardinal Mooney High School. After High School, I went to the University of Florida where I studied computer engineering. After receiving my Bachelors in Science degree, I moved to California where I worked for a computer company designing software. A few years later, I decided to go to law school, and attended Southwestern University School of Law. While in school, I worked for the United States Attorney's Office in Las Vegas prosecuting federal crimes. It was there that I realized I had a natural ability doing criminal trial work and thoroughly enjoyed the experience. After law school, I moved back to Florida and worked for the Public Defender's Office in Pinellas County. A year later, I had the opportunity to come home to Sarasota working for the Sarasota City Attorney's Office. I accepted the position as Municipal Prosecutor and worked for the next 4.5 years prosecuting city crimes before opening my own office practicing criminal defense. Several years later I combined forces with another powerful criminal defense firm to create The Law Place in June of 2015. We currently practice criminal, family and personal injury. We have a team of amazing lawyers who truly care about their clients.