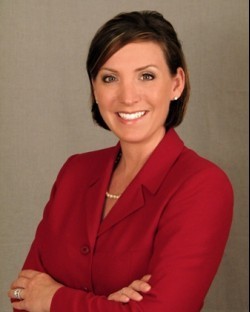 Maria DiBlasio Hale has been representing men and women accused of crimes throughout Orlando for over a decade. She has helped hundreds of clients overcome their legal battles from misdemeanor charges to felony arrests, including DUI and domestic violence. She makes each case a priority, and her extensive experience in Florida law gives her the ability to make powerful and compelling defenses for her clients.

She began her career as a Former Prosecutor for the State Attorney - DUI Manslaughter Special Protection Unit, where she became able to discern valuable skills in understanding the methods, techniques and approaches used by the prosecution, police and investigators. Maria Hale uses her apprehension of both the prosecution and the defense to strategically defend her clients. Currently Maria Hale is owner and partner of the criminal defense law firm, Hale, Hale and Jacobson, P.A. located in Orlando.

When Maria Hale isn’t fiercely defending those accused of crimes, she dedicates her time to the advancement of criminal justice in Florida particularly to up-and-coming generations interested in pursuing a career in law. She has been a Mock Trial Coach for several educational institutions including Pinellas Park High School, Stetson University and Barry University. She has also served as Teaching Assistant in Trial Advocacy at Stetson University College of Law and an Adjunct Professor at Barry University School of Law. Other contributions to the community include 2012 sponsorship of the Central Florida Children's Home 5k where the attorneys at Hale, Hale and Jacobson helped raise over $60,000.00.

If you would like to schedule a free consultation with Orlando criminal defense lawyer Maria Hale, call (407) 425-4640. She will help you fight the charges against you. Her number one goal is to help those in her community in whatever way possible so they may have opportunities to become successful. Having a criminal record can potentially limit your ability to progress in your career, personal life and other ambitions. Call Maria Hale to begin creating a case that can make a difference in your future.