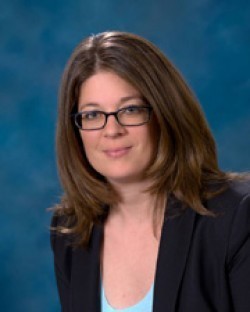 Jenny M. Thomas has devoted her career to criminal defense. She has conducted many jury trials in criminal cases through verdict and has more than years of experience fighting for individuals charged with a criminal offense. After completing her undergraduate degree at the University of Findlay in Ohio, Jenny graduated from law school at Stetson University College of Law in St. Petersburg, FL, in 2004. Prior to law school, Jenny worked as an adoption assessor and social worker in Ohio with special needs and high risk foster children.During law school, Ms. Thomas completed an internship at the Alaska Public Defender's Agency, worked as a certified legal intern at the Sixth Judicial Circuit in and for Pinellas County and at Gulfcoast Legal Services providing indigent legal services in the Tampa Bay area.

While in law school Ms. Thomas was honored with the William F. Blews Pro Bono Service Award, a Nominee for Inclusion in The National Dean's List, and served as a Public Service Fellow from 2002-2004. After law school, Jenny Thomas gained valuable trial experience as Assistant Public Defender for the Thirteenth Judicial Circuit in Hillsborough County, FL, where she worked from 2005 until 2009.

She has a vast understanding of litigating cases and ensuring that constitution rights are upheld for individuals subjected to unlawful search and seizure by law enforcement.Jenny is originally from Upstate New York and spent seven years in Ohio before making the Tampa Bay area her home in 2001. She joined the Sammis Law Firm in 2011. 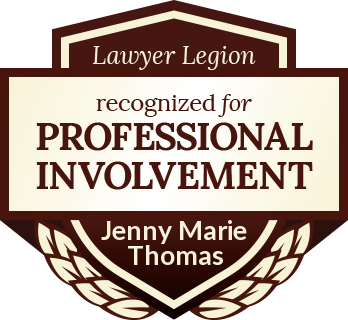