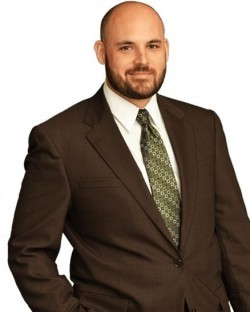 Jamie Halscott, the Managing Partner at Appeals Law Group, focuses exclusively on criminal and civil appeals. Shortly after he began practicing law, Jaime couldn't help but notice that criminal defendants were at the mercy of a criminal justice system that often failed to protect their rights. Whether the defendant was put in the way of a rogue prosecutor, a judge that failed to understand the law or a defense lawyer who failed to uphold their duties, Jaime knew that there had to be a way to seek justice. As a result, Jaime set out to change the lives of those who have already been convicted.He quickly understood that most individuals who were trying to navigate the appellate process were at a tremendous disadvantage.

As an appellate lawyer, Jaime dedicates his time to educating clients throughout the process of filing an appeal and providing the counsel that this clients deserve. Jaime is licensed in every federal court of appeal in the nation, as well as all military courts of appeal.

Before taking up a career in law, he received his Bachelor of Science degree from the University of Central Florida and his Juris Doctorate degree from the Barry University Dwayne O. Andreas School of Law.While attending the University of Central Florida, he held several important leadership positions-including Student Body Vice President and representative of the student body to the Florida Board of Regents' Council of Fiscal Agents.

He was also very active while in law school. While attending the Barry University Dwayne O. Andreas School of Law, Jaime received book awards in Cyberspace Law and Law of War.

He also served as the President of the Students of eLaw and as a member of the Military Law Society and Federalist Society.Jaime is an Orlando native, who is currently married with two children: Reagan and William. He and his wife, Rachel, also have a dog, Hula Girl.

He enjoys competitive shooting and outdoor events, and he is even a licensed amateur radio operator.