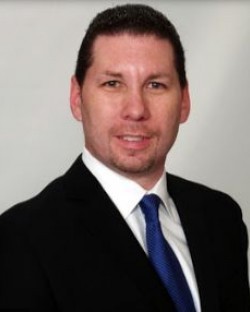 Criminal Defense and Workers Compensation Lawyer
The Hoffman Firm
North Miami Beach, FL
About Résumé Reviews Contact
Not Yet Reviewed Review this lawyer
Is this you? Showcase your career achievements and connect with ideal clients.
Premium Placement
Enhanced Features
Upgrade to Enhanced Profile

Evan Hoffman of The Hoffman Firm has dedicated his professional career to advocating for the rights of individuals across Florida--first as a state prosecutor and now as a skilled criminal defense attorney.

Evan Hoffman has over 17 years of complex criminal trial experience. In 1998, Hoffman started his legal career as an Assistant State Prosecutor with the Broward County State Attorney's Office.

In this role, Hoffman prosecuted defendants charged with both misdemeanor and felony offenses, including battery, possession of a controlled substance, and driving under the influence (DUI). During his tenure at the State Attorney's Office, Hoffman handled over 100 jury trials to verdict and over 120 non-jury trials.

After several years as a prosecutor, Hoffman decided to use his in-depth knowledge of the prosecution's tactics and strategies to build the strongest defense on behalf of individuals charged with crimes in Miami and throughout Florida. Hoffman founded The Hoffman Firm with this philosophy in mind ""Our knowledge and experience are your best defense."

Hoffman has been a featured author on criminal law issues such as driving under the influence, domestic violence, and illegal searches and seizures. As of 2016, Hoffman was the only attorney in South Florida to uncover a fundamental error in a particular breath test machine used for prosecuting DUI’s.

As a result of his unfettered determination, it was uncovered that upwards of fifty people were wrongly convicted of DUI. As a result, his client's charges were dropped. That experience was documented by a local channel 10 eyewitness news. Hoffman looks at each case as a new challenge and is available to meet with you to go over the facts of your individual matter.