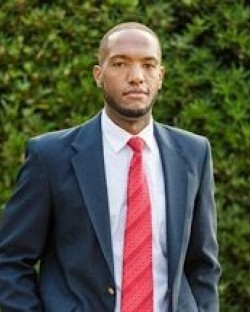 Darryl R. Smith is a Co-Founder and Managing Partner of Smith & Eulo Law Firm, where he practices in the areas of Criminal Defense, DUI Defense, Personal Injury, and Civil Litigation. Mr. Smith has handled over 2,000 criminal, DUI, and civil cases over the course of his legal career. Prior to entering private practice, Mr. Smith served the citizens of the State of Florida as a Public Defender in the Ninth Judicial Circuit, successfully litigating over 1,000 felony and misdemeanor cases. Mr. Smith also worked as an Civil Litigation Associate in the Orlando office of Quintairos, Prieto, Wood & Boyer, P.A., where he practiced in the areas of workers’ compensation defense and civil litigation, including general liability and products liability.Mr. Smith received his Juris Doctor from Vanderbilt University Law School, Nashville, Tennessee, in 2011 and a Bachelor of Arts summa cum laude in both Legal Studies and Administration of Justice from the University of Pittsburgh in 2008. While in law school, Mr. Smith served as senior editor of the Southern Regional BLSA Law Journal (2009-2010). He participated in the moot court competition and served as public liaison of the Vanderbilt Black Law Students Association. He also worked as a summer law clerk with the Vanderbilt Legal Clinic, Civil Practice Group.Mr. Smith is licensed to practice law in Florida as a member of The Florida Bar and is admitted in the U.S. District Court for the Middle District of Florida.