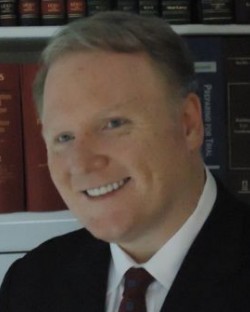 Attorney Seeger received his Juris Doctor (cum laude) from S.U.N.Y. at Buffalo School of Law in 1998, where he was an editor of the Buffalo Criminal Law Review. He earned a Criminal Law Concentration Certificate, and was a law school recipient of the American Jurisprudence Prize in Legal Research and Writing. He completed a Bachelor of Arts (Honors) in Philosophy at the University of Western Ontario, in London. His offices are located both in Stamford and in New York City.Bar Membership: * State of Connecticut ** Federal District Court of Connecticut ** Federal District Court Southern District of New York** Federal District Court Eastern District of New York * * U.S. Court of Appeals for the Second Circuit * and ***Supreme Court of the United States of America***

At the Federal level, he has represented clients in Constitutional challenges to State law, Federal Civil Rights matters, as well as Federal Organized Crime, Racketeering, Extortion, Conspiracy, Gun, and Drug Importation cases. At the State level, Attorney Seeger has represented hundreds of clients in Criminal matters, having conducted Jury Trials involving charges ranging from simple possession of marijuana, unlawful fireworks, explosives, and D.W.I., to complex weapons possession, witness tampering, manslaughter, strangulation, kidnapping, and burglary. In addition, Attorney Seeger has represented criminal defendants in multiple murder cases, including several tried to Jury Verdict, making their way through the Court of Appeals and Supreme Court, and others currently scheduled for Jury Trial following Hearings in Probable Cause.

Attorney Seeger has traveled to other states to appear pro hac vice, or as a case consultant for local counsel on state and federal matters which affect the Civil Rights of Connecticut Citizens involved in criminal cases abroad. In 2010, Attorney Seeger became involved internationally, representing a Government official in Kosovo charged with Public Corruption. Similarly, in 2013 Attorney Seeger was granted special status in Mexico permitting him join in the prosecution of those responsible for the death of a United States Marine killed while on vacation in Can Cun. 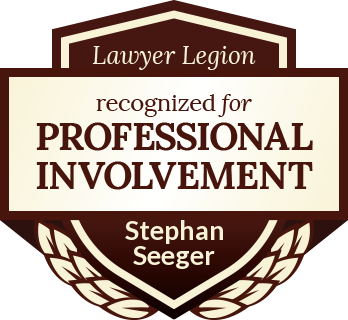